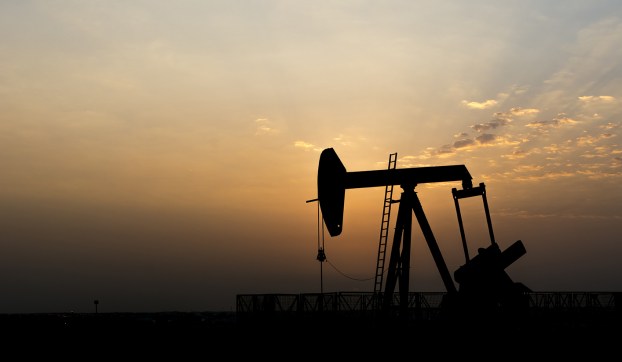 A look at the state of oil and gas production in Cass, Berrien County

But what they actually saw was a newer oil production method call Vapex, where natural gas is injected into a well to make the oil lighter and easier to pump from the ground. This process does not raise anywhere near the same environmental concerns that many people have with fracking.

Today, there is still no fracking in Cass or Berrien County, or likely in the entire state of Michigan.

“That has slowed down with the decline in the price of oil,” said Bill Mitchell, a geologist with Michigan’s Department of Environmental Quality. “It’s not economical right now.”

The oil industry has been in the midst of a downturn for over the past four years. On June 16, 2014, the average price of oil a barrel of West Texas Intermediate crude oil (a grade of crude oil used a benchmark for oil pricing) was $107.52.

At the same time, average price per gallon of gas stations throughout the state of Michigan was $3.96, according to a 2015 article from the Detroit Free Press. By the end of 2014, the price of crude oil plummeted. The price of a barrel of crude oil has not exceeded $70 since and reached a low of around $29 per WTI barrel in the winter of 2016. The result has been a limited amount of oil production throughout the United States and affordable prices at the gas pumps.

According to Mitchell, whose territory is seven counties in southwest Michigan including Cass and Berrien counties, there is no oil production in Berrien County and a limited amount of production in Cass County.

Two companies are currently producing oil in Cass County, but Mitchell says they are mostly “stripper wells,” which are older and produce small quantities of oil with almost no natural gas.

They are monitored by and pumpers, which are workers that drive from location to location checking on oil production and performing maintenance on equipment.

Mitchell also spends a large portion of his day driving to various oil production sites to make sure everything is running smoothly. He will alert the oil companies of any spills he sees, but he has not seen any that are so large that he needs to fine them or that impacted groundwater.

“Basically, we see some small surface spills, and I contact the companies and they’re required to remediate the situation,” Mitchell said.

Remediating the situation requires the companies to excavate the area surrounding the spill oil to make sure that no oil seeped into the ground.

Part of the reason the wells in Cass County produce such a small amount of oil is that most of them were drilled in the 1970s and ‘80s. The only oil rigs that have been present in the county are service rigs, which are designed to perform maintenance on the well below the service.

After some time, many of the oil wells will mostly produce water and they will be plugged. At that point, the operating company no longer has control of the lease and its converted back to farmland or some other purpose.

According to Mitchell, most of the land surrounding a well should produce vegetation after it is plugged and there is no longer frequent activity there. For any areas of land that do struggle to produce vegetation, it will likely be because the ground is so compact after the years of being driven on or holding heavy equipment.

It is likely that drilling and fracking will not become more prevalent in southwest Michigan or the state as long as the price of oil continues to stay low. But that could change soon. The price of a barrel of WTI crude oil reached $68.64, the highest it’s been since November of 2014.

This means that there is a possibility fracking could return to Michigan and oil production activity could increase in southwest Michigan.

“With the price of oil currently rising, I could see companies looking at some type of unconventional drilling and completion work,” Mitchell said. “It’s all a matter of economics.”

NILES — In addition to beloved downtown restaurants, residents who patronize Main Street this Sunday will have an even larger... read more