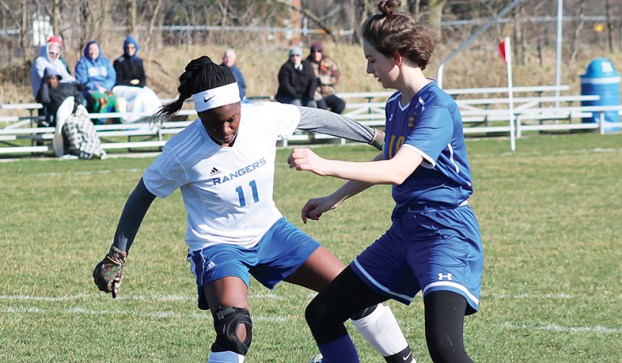 DOWAGIAC — The Dowagiac baseball team was swept by visiting St. Joseph 6-2 and 12-7 at Rotary Park Saturday.

The Chieftains managed just four hits in the opening game, led by Hunter Brackensick who singled in a run.

A.J. Kidd took the loss on the mound for Dowagiac.

Duan Simpson suffered the loss for the Chieftains, who are back in action Tuesday at Edwardsburg in a Wolverine Conference doubleheader.

CASSOPOLIS — The Cassopolis soccer team squared its record at 2-2 with a 7-0 win over visiting New Buffalo in non-conference action Thursday.

The Rangers got three goals from Angel Gary, two goals from Aysia Conlley and one goal each from Avaka Mase and Amy Adams.

Katelyn Waldschmidt, Gary, Adams and Conlley each had an assist for the Rangers.

BUCHANAN — The Buchanan softball team is 6-5 following a flurry of games. The Bucks swept a pair of BCS... read more