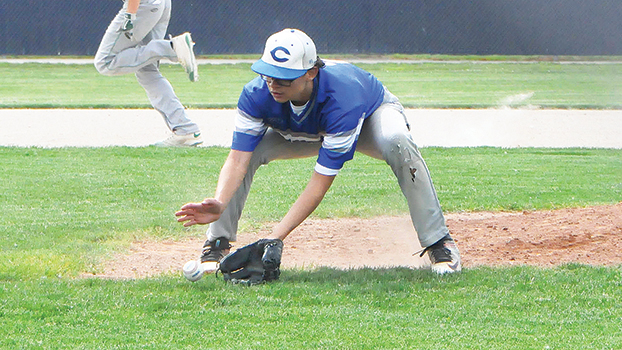 CASSOPOLIS — Visiting Cassopolis opened the 2018 season with a pair of wins over New Buffalo Tuesday.

“I am very pleased with my girls and the way they played today,” said veteran Cassopolis coach Demi Schrader. “I was a bit nervous because of the fact that we have only been able to practice outside one time before today. However, my girls were ready to play, and they played hard. It took a few innings for our bats to come alive but once they did, they were hot.”

In the opening game, Olivia Purlee went the distance to pick up the victory. She scattered nine New Buffalo hits.

The Rangers finished with 10 hits, including a triple by Purlee.

In the nightcap, Tia Bush picked up the victory in relief of starter Lynnzee Armstrong.

Cassopolis exploded for 18 hits in the contest.

Purlee doubled and homered for the Rangers, who also got a double and a triple from Bush.

The visiting Rangers gave up just one hit in sweeping a non-league doubleheader from host New Buffalo Tuesday.

Cassopolis won the opening game 7-0 behind the pitching of Xander Smith, while the Rangers took the nightcap 11-2 in a game that was stopped after two innings.

Dylan Green and Luke Baker combined on a no-hitter.

In the opener, Baker was 3-for-4 to pace the Rangers’ offense.

Hunter Parsons had a pair of hits in the nightcap.

The Rangers are at Michigan Lutheran for a non-league game Thursday.

BERRIEN SPRINGS — The Edwardsburg baseball team improved to 3-0 on the year with a 14-4 win over host Berrien Springs Tuesday afternoon.

The Eddies scored four runs in both the second and seventh innings to earn the victory.

Zach Priebe, the first of five Edwardsburg pitchers, was credited with the victory. The Eddies’ pitchers combined on a five-hitter.

Cebra was 3-of-5 with three RBIs, while Caden Goggins had four hits for the Eddies.