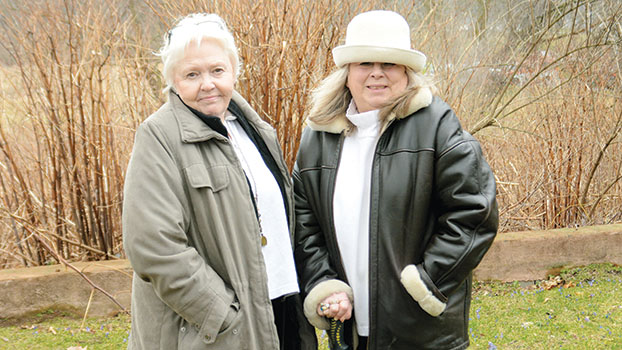 NILES TOWNSHIP — When Harbert gallery owner Judith Racht came up with the idea for a potential Niles art museum, it did not take long for some members of the Niles community to begin to share her vision.

In December, Racht, along with fellow art and history lover Jeanne Watson, joined forces with several others to form the Jacob K. Brown Contemporary Art Museum and Center Foundation, which is named after Watson’s great-great-great-grandfather, Jacob Brown, who is one of Niles original founders. In March, the organization earned its nonprofit status and has since been progressing plans.

Though in its preliminary stages, Racht and Watson said they want to bring awareness to the project and begin raising the approximate $2.5 million needed to break ground.

Watson plans to donate about 8.6 acres of the land she owns on N. Fifth Street near the North Niles Villa Apartments for the project. On Friday, foundation members of the Jacob K. Brown Contemporary Art Museum and Center met at the property to discuss their plans and visualize the transformation of the wooded property.

If all goes according to plan, the space will include two 5,000- to 7,500-foot buildings for a contemporary art museum and a theater that will seat 150 to 200 people. The grounds would also include a sculpture garden and a number of walking trails.

“We want to make it so that people will bring their lunches and just enjoy the space,” Racht said. “Eventually, we want to have classes for children and events.”

“I believe children’s lives can be changed with art,” Watson said.

The foundation intends to raise some funds through book sales of “Carey Mission-Home of the Brave.” The approximately 35-page illustrated book was written by Watson’s mother, the late Patricia Benson Bachman. Watson re-did the book by adding illustrations. The books will be available on Amazon within the next week and in several local shops. Before July 1, the book will be $8 and $10 afterwards.

A number of upcoming fundraisers are also in the works and will invite the community to learn more about the project and a chance to support it.

Since spreading the word, several other community figures have taken an interest in the foundation’s vision. Among them are Mark Moreno, an Andrews University associate architecture professor, who said he is hoping to involve his students in some of the project’s design process. Moreno said he got involved because he saw a meaningful project that his students could become part of.

“The interest here is to have a world class facility,” Moreno said. “It is an ideas project for us and is very real for the community and history of Niles. We are just excited to be involved.”

Architect Bill James, who is currently building a home in Lakeside, Michigan, is also hoping to serve as an advisor for the design and architecture process of the project.

James has been a licensed architect in Illinois for 40 years. He has run his own architecture practice for 34 of those years. In that time, he has helped to complete a number of residential units, theaters and art gallery buildings.

Both Watson and Racht said they hope to raise enough money to break ground on the project by next year.

Watson said she had discussed the project with township trustees but not in an official capacity. In the months ahead, the foundation will work on obtaining zoning approval from the township.

Those interested in volunteering for the project can call Watson to express their interest at (269) 687-6074.

“We have had a lot of good support,” Watson said. “I think there is a big call for it.”

NILES — Camping in Michigan’s great outdoors is a big part of being a Boy Scout. But for St. Mary’s... read more