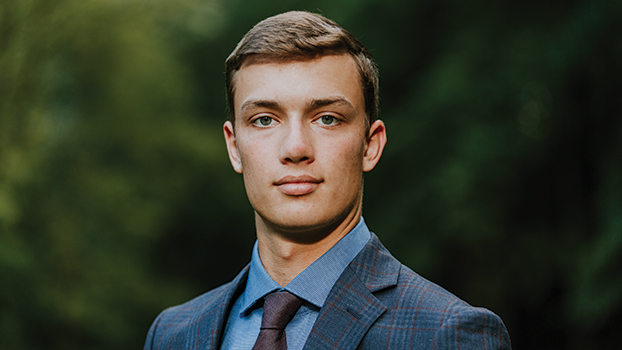 “It’s definitely something that I was very happy about, that I worked for [over a long period of] time,” Janowski said. “I definitely think it helps in terms of getting into college, obviously, and it helps for a lot of other private scholarships. Having that on your resume is definitely a really strong thing for the application processes for any college or scholarship, so I think that’s been beneficial.”

About 1.6 million students from more than 22,000 high schools throughout the United States competed in the 2018 National Merit Scholarship Program, with less than 1 percent of students being named a finalist.

The program looks to recognize students that are not only academically gifted but who are also well-rounded and endorsed by a high school official.

“I’ve known Alec for a long, long time and he’s obviously a very good student,” said Molly Brawley, principal of Niles High School. “But what sets him apart from everyone else is he really wants to learn. It’s not just about getting a good score. Everything peaks his interest.”

Clark’s principal also has very positive things to say about him.

“I hate to use the word ‘perfect’ but that’s what he is: he’s a perfect student,” said Ryan Markel, principal at Edwardsburg High School. “He has a perfect 4.0. He attends the Berrien Math and Science Center, and takes several AP courses here. He’s a student that is not afraid to challenge himself, so he’s a really good student.”

Approximately 16,000 students nationally are named semifinalists every year, with around 15,000 becoming finalists. However, that does not mean it was easy to become a finalist.

“To be named a finalist, it’s more than just your SAT score,” said Molly Brawley, principal at Niles High School. “There’s actually a process of recommendation and things like that.”

The process of becoming a National Merit Finalist begins during a student’s junior year of high school when he or she takes the Preliminary SAT. If the student achieves a certain qualifying score, which varies by state, then they are named a National Merit Semifinalist.

At that point, students are required to provide several pieces of information in order to be named a finalist and potentially a scholar.

“I had to fill out the [National Merit] application, which was kind of similar to the common application: an essay and then a couple of questions,” Janowski said.

Once a student is named a finalist, he or she is eligible to receive a scholarship through the National Merit Scholarship Corporation, which gives away more than $32 million each year to prospective college students. Roughly 7,500 finalists will receive a scholarship. However, receiving one of these awards is not based on merit alone.

Likewise, only finalists who have decided to attend a college that sponsors scholarships through the National Merit Scholarship Corporation are eligible to receive a college-sponsored National Merit award.

The only award that all finalists are eligible to receive is one of the 2,500 one-time, $2,500 awards. Because of this, students like Janowski are less likely to be named a National Merit Scholar compared to other finalists whose parents work for a sponsoring corporation or are tending a sponsoring college.

“I confirmed my enrollment for Stanford back in early February, so I am for sure going there,” Janowski said. “Unfortunately they don’t [offer] any National Merit Scholarships there.”

Whether or not these students are named National Merit Scholars, their school leaders say they still have a lot to celebrate and be proud of.

ST. JOSEPH — On Friday March, 9, high schools from all over southwest Michigan participated in the 2018 St. Joseph... read more