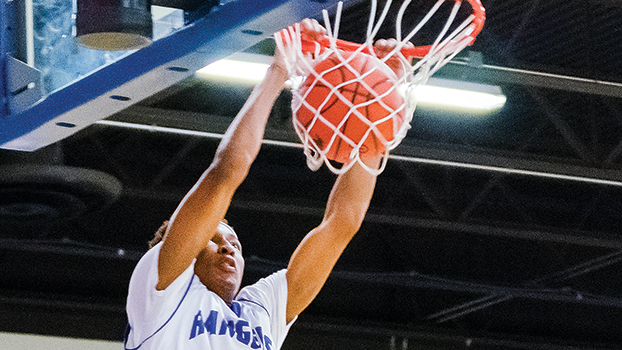 CASSOPOLIS — The Cassopolis boys basketball team is just one win away from a perfect regular season, but that was not the biggest news of the weekend for the Rangers.

Cassopolis defeated Mendon 80-66 and Bangor 81-54 to win the outright Southwest 10 Conference championship in its inaugural season in the newly formed league.

The Rangers are 17-0 in the Southwest 10 with only a game with Decatur separating Cassopolis from a perfect league and overall regular season record.

“All I can say is conference champs outright,” Cassopolis coach Ricky Evans said following the Mendon victory Thursday night. “I am just happy for these kids.”

The Hornets did not put up much of a fight last Thursday as the Rangers jumped out to a 25-12 lead after one quarter and led 43-26 by the intermission.

Cassopolis would take a 12-point advantage into the final quarter.

It was senior night for Cassopolis against Bangor on Friday.

The Rangers led just 17-12 after one quarter, but outscored the Vikings 24-12 in the second quarter to break the contest open and lead 41-24 at the intermission.

“Being senior night, it was a good game to get everyone in,” Evans said.

Gary, a senior, led the Rangers with 20 points, while classmates Xander Smith finished with 15 points and Brandon Anderson 13.

Cassopolis also got 13 points from Hunt-Thompson.

The Rangers will attempt to be only the third Cassopolis team to go undefeated in the regular season when they travel to Decatur for a 7:30 p.m. tipoff on Tuesday.

Time to give the players something for their services

College athletics should have seen this coming. All the telltale signs were there. It has been building for years and... read more