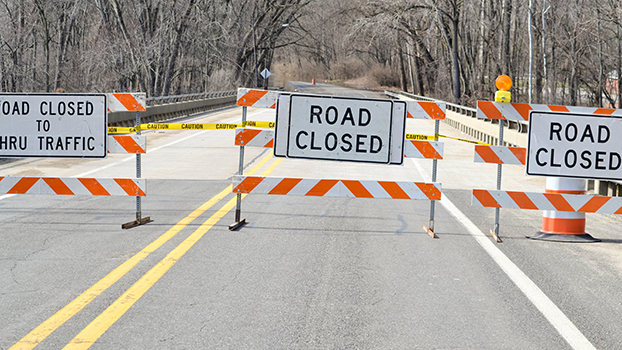 Reed had installed surveillance cameras inside the shop, which he could view from his home computer. When he left the shop at about 2 a.m. he said water had reached about as far as Front Street. By the time Reed got home and looked at his home computer, water had already begun to inundate his storefront.

“I’m like ‘you have got to be kidding me,’” Reed said. “It went from bad to really bad in like two hours.”

Assessing the damage Wednesday, Reed said he lost everything that he used to run his technology and computer repair business, including his tools, computers, cameras, gaming equipment, as well as a number of personal items, like family passports which he had stashed at the business. He approximated that more than $250,000 in equipment was lost in the floodwaters.

Additionally, the community also lost a free computer lab which Reed had run from the storefront since he opened the business at 603 N. Second St. a little more than a year ago.

“We are surrounded by people that depend on our lab and kids that love to come and game,” Reed said.

The news did not get much better for Reed. He found out Wednesday that the flood insurance he purchased would cover damages to the building, but not the equipment that was lost.

Reed is hoping for a fresh start and has posted a Go Fund Me to help replace the equipment that was destroyed. As of Thursday afternoon, a little more than $3,000 had been donated to the cause. The Go Fund Me page can be found at gofundme.com/help-rebuildcustom-computer-company.

Looking to the future, Reed said he is trying to look at this as an opportunity to make improvements.

As abundant rain and snowmelt began pouring into the St. Joseph River, water rose to historic levels, breaching the banks and submerging roads, businesses and houses throughout Berrien and Cass counties.

Reed said the city had warned him Tuesday that Custom Computer Company, which is less than a quarter of a mile from the river, could experience some flooding. He said he was told that water levels were expected to extend to his business and reach the floor level. To prepare, Reed said he moved some of his equipment to higher storage, but it was no match for the four feet of water that poured into the building.

For Reed, there is not much else he can do but wait for the waters to recede, he said. Despite dealing with the flooding, Reed is continuing to complete jobs. He encouraged anyone in need of technology or computer repairs to call him at (269) 235-0470.

Reed has three employees, two full-time and one part-time. He told his employees that they were free to find other jobs, because there is not work for them at this time.

Many other Niles businesses experienced damages similar to Reed’s. The Wonderland Cinema, Front Street Pizza Pub, Hot Wok, Save-A-Lot, the Dollar General, as well as apartment complexes located between Front and Cass streets dealt with high waters. Numerous homes along lowland areas, including Phoenix and River and N. Front streets, were also reported by the city to have been damaged.

Heidi Haney is a resident at the Niles Housing Commission high rise apartments located at 251 Cass St. Haney lives on the fifth floor and said she had watched the water creep closer all-day Wednesday. Haney said she lost her car to the flood waters, which filled the apartment complex’s parking lot with murky brown water on the north side of the building.

“By the time I woke up, water had already reached the engine,” Reed said.

By Wednesday evening, Haney said a dry perimeter around the building had been submerged in water. As a precaution, first-floor residents were given the opportunity to voluntarily be evacuated to a nearby hotel. Three households chose to do so.

Haney and her 2-year-old daughter have lived at the high rise since December. She said throughout Wednesday she felt frustrated by the questions left unanswered for those left in the path of the floodwaters.

“People don’t seem panicked, but there are a lot of questions,” Haney said. “Like, how far is the water going to go? Are we going to be trapped in this building? Will the electricity go out?”

Haney said she went to the store and stocked up on nonperishable goods, just in case. She also said she could stay with nearby relatives in the event of an evacuation.

Although weather conditions have stopped, the water levels remain high. Roads, housing, and businesses near the St. Joseph River are... read more