The audit was released Tuesday after a judge with the Michigan Court of Claims threw out an SMC lawsuit aimed at keeping the office of  the auditor general from auditing the college in early January. The audit alleges that from July 1, 2010 through April 28, 2017, SMC intentionally excluded approximately 500 part-time student employees from enrollment into MSPERS, a retirement fund for public school employees in the state of Michigan.

In the seven-year time frame, SMC should have contributed $388,600 to MSPERS through reported wages. Now, the estimated late fees and interest for the unreported wages and unremitted contributions could total up to $10.4 million, and will continue to grow until paid, according the report. 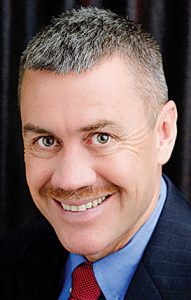 The report also alleges that SMC falsely certified to the Office of Retirement Services that the college was in full compliance.

Given the conclusions of the report, one or more of the SMC administrators who decided in 2015 to continue excluding part-time student employees from MSPERS may have committed a misdemeanor offense by making a false statement in a report or record required under the retirement system.

Administrators that made the 2015 decision and could be affected include: the former director of financial aid, President David Mathews, Vice President and Chief Business Officer Susan Coulston and Director of Human Resources Kate Thomas.

According to the OAG report, the ability to conduct the investigative audit and release the information found has been a long process.

The audit was conducted in April 2017, after the agency received an anonymous complaint that SMC was intentionally disregarding provision of the Public School Employees Retirement Act of 1979 by not making contributions to the state teachers’ retirement system for its part-time student employees. The act requires institutions to enroll qualified part-time student employees into MPSERS.

The anonymous complainant later self-identified and agreed to cooperate in any further proceedings and to testify to the statements that the complainant alleged to have heard firsthand from SMC administrators.

“On July 7, 2017, before we could share our preliminary conclusions with SMC, lawyers retained by SMC advised us that we could no longer directly contact SMC administrators,” the report states. “On Aug. 23, 2017, SMC filed suit in the Court of Claims, seeking injunctive relief from this audit and future OAG audits by challenging the OAG’s constitutional authority to audit community colleges. On Sept. 28, 2017, the OAG filed a motion for summary disposition and dismissal of SMC’s lawsuit. On Jan. 16, 2018, the Court of Claims granted the OAG’s motion and dismissed SMC’s lawsuit and affirmed the OAG’s authority to conduct this investigative audit.”

The OAG finally released the contents of the audit Tuesday.

On Wednesday, SMC filed a lawsuit in the Michigan Court of Appeals against the Auditor General, the next step in a lawsuit after it has been dismissed by a lower court.

Thursday, SMC officials responded to the audit in a press release, calling the OAG’s report “unconstitutional, free-wheeling and unauthorized.”

“The Court of Appeals exists for this purpose – to reconcile differing opinions from separate state agencies as to jurisdiction and interpretations of state law,” President Mathews said in the press release.

The press release said that SMC’s practice of not contributing to MSPERS for part-time students was based on guidance the college received from Michigan’s Office of Retirement Services in 2011.  Officials also said that ORS has been made aware that SMC was not contributing part-time employees’ wages to MSPERS through biweekly payroll reports.

SMC objected to the mandate because not only because officials believe enrolling part-time student employees into a system designed for teachers does not make sense, but that doing so would violate federal laws prohibiting colleges from withholding taxes from federally-funded student employees’ pay, according to the press release.

“We certainly disagree with the OAG findings of violations, so we will continue litigation and look to the appellate courts to review the case and assess the issues. This case is not about depriving students of benefits — or which they will never vest,” Mathews said in the press release. “This case is about helping part-time students to pay for their educations, not having them work to prop up a bankrupt, mismanaged retirement system at the cost of educational opportunity.”

DOWAGIAC — A lot of things have changed since the Dowagiac wrestling team reached the state quarterfinals. The Chieftains are... read more