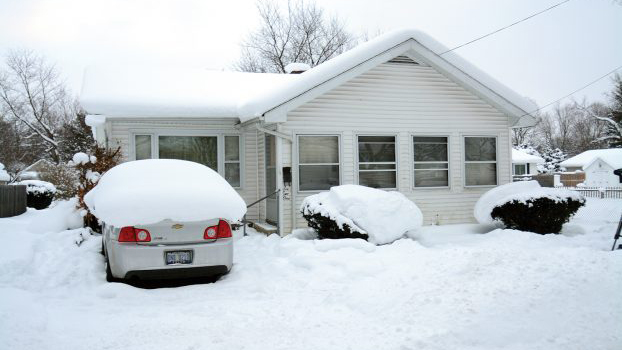 NILES — As temperatures plummeted below zero in the first week of January and storms raged across Berrien and Cass counties, an unsettling amount of snow began to build on 81-year-old Albert Bivins’ car and driveway outside the home at 621 Woodruff St. One neighbor who noticed the untouched snow became concerned that something was wrong at Bivins’ home.

But help arrived too late for the Albert and his 55-year-old daughter Patricia Bivins, who also lived at the residence. After the neighbor prompted police to conduct a welfare check Jan. 3, they found the father and daughter deceased in the house where the temperature measured less than 32 degrees. The initial police investigation shows that gas and electric services to the home were working at the time of the call.

Niles Police Office Capt. Kevin Kosten said authorities are still awaiting an autopsy to determine the causes of death and they are expecting results from Western Michigan University, where the bodies were sent, to have the report next week.

As news surfaced that the family had been seeking help to get their furnace fixed, many residents expressed concern across social media forums about how other vulnerable residents get help with heating and utility repairs.

In a statement released Monday, City Administrator Ric Huff said he was greatly saddened by the deaths of Albert and Patricia. Huff said he wished city leaders had been aware of the situation.

“It saddens all of us at the city of Niles to think that the Bivins family may not have known that help was available to them,” the statement read. “We live in a very caring community and there are many individuals and organizations who would have ensured the safety of this father and daughter.”

One such resource is emergency housing, which is made available through the fire and police departments. Funds from the Community Block Development Grant support the service, which is limited to those who may face a life-threatening situation because of a lack of housing. A qualifying person may have just lost their home to a fire, Huff said.

Those who may be in a situation that qualifies or who know of someone experiencing housing vulnerabilities are advised to call the police and fire department. An investigation will be initiated to determine if temporary housing is warranted. Huff said Albert and Patricia might have qualified for such service. However, Huff said they cannot help if they do not know people are in danger.

“In this particular case, we just didn’t know about it,” Huff said.

Huff said the city utility department also assures that vulnerable residents do not have their utilities shut off during the winter, even if they are unable to pay the bill. The qualification applies to those 65 and older. In extreme weather conditions, the utilities department will not disconnect anyone’s services, Huff said.

If the city cannot help a person in need, they have the ability to make referrals and recommendations for resources, Huff said.

Huff advised those who know of someone in a vulnerable utility or heating situation to call the police, fire department or the city.

Albert and Patricia’s death has also spurred conversation about the potential need for Niles to establish a homeless shelter. At the time being, Huff said building a homeless shelter in Niles is not on the city’s radar. He cited a need for funding and lack of need in the area as two reasons why. He asked that if people have issues with housing or see someone who does to contact the city, who can help them to find shelter and direct them to services.

The Niles Salvation Army also seeks to provide utility assistance to residents who need it. Social Services Coordinator Ben Slocum said while there is no funding available for fixing furnaces specifically, the organization can help in a number of other ways.

The charitable organization can help residents pay up to $850 in past due utility bills, such as electric and gas. He encouraged residents to take action immediately when they have an issue meeting their utility payments.

Those who need help are advised to contact the Niles Salvation Army Friday to set up an appointment for the following week.

“I am more than happy to take their calls and give them direction on which way to go,” Slocum said. “There are a lot of programs out there, but people have to know that they are there.”

Slocum also reminded residents that the Niles Salvation Army serves as a warming center. People are welcome to visit the organization at 424 N. Fifth St. Their hours are 8 a.m. to 4 p.m. Monday to Friday.

Other organizations that can provide assistance to residents include: Ferry Street Resource Center, The Connection: Berrien County’s Emergency Shelter Services, The Center for the Homeless, Hope Rescue Mission, the Community Action Agency, the Council on Aging, and local senior centers. To get in touch with the fire department, call (269) 683-2520. For the police department, call (269) 683-1313.

NILES — After a woman was shot Monday, Niles police are searching for an unknown suspect who is alleged to... read more