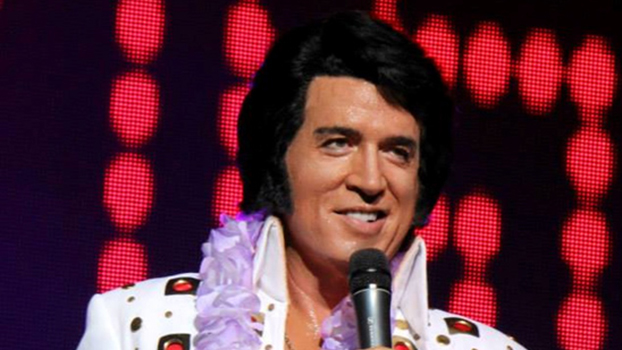 Orchestra brings ‘The True Voice of Elvis’ to life

ST. JOSEPH — The Southwest Michigan Symphony Orchestra will present “The True Voice of Elvis” at 7:30 p.m. Feb. 10 at the Grand Upton Hall at Lake Michigan College in Benton Harbor.

For this concert, the orchestra will be joined by special guest, Doug Church, as he performs classic hits of Elvis Presley.

Highly regarded for his ability to recreate “The King,” Doug Church has received numerous awards for his portrayal of Elvis Presley. Early in his career, he won 11 first-place trophies in four years of competitions and won the first-place crown for “The World’s Best Elvis Tribute Artist” in the Worldwide Elvis Impersonators contest in Memphis, Tennessee.

He also portrayed Elvis as a member of the famous Las Vegas tribute show “Legends in Concert” for seven years.

He has toured throughout the U.S. and overseas and was inducted into the Elvis Tribute Artist Hall of Fame in 2013.

“Doug was initially recommended to me by a member of the orchestra, and it quickly became apparent from the performance videos on his website that his concerts are indeed a remarkable tribute to “The King,” said Robin Fountain, SMSO conductor. “The music — ranging from the romantic I Can’t Help Falling in Love’ to the frenetic ‘Johnny B. Goode’ — combined with the uniquely gorgeous sound of a live orchestra, promises a memorable night out.”

Presented in Grand Upton Hall, the concert will offer a more casual atmosphere by allowing patrons to sit at tables, enjoy complimentary sweets and their choice of refreshment from the cash bar.

A limited seating dinner and concert package is also being offered by Plank’s Tavern at the Inn at Harbor Shores, where patrons can dine at the Inn and then finish the evening at Grand Upton Hall for the concert.

Thrill on the Hill cancelled

BUCHANAN — The city of Buchanan announced Wednesday that its annual Thrill on the Hill event, which was to take... read more