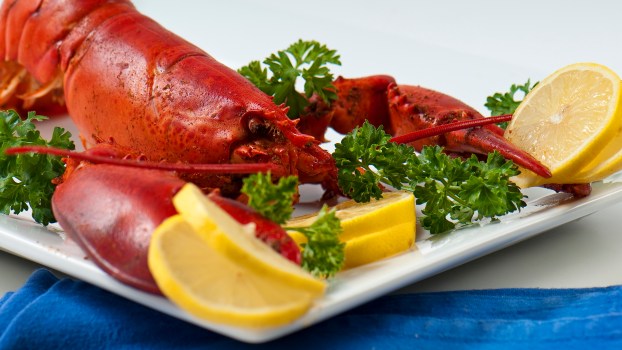 DOWAGIAC — What began as a simple gathering inside a Dowagiac homeowner’s garage has turned into one of The Grand Old City’s hottest winter tickets.

The Dowagiac Elks Lodge will host its 37th annual Lobster Bash dinner on Saturday, Jan. 20, inside the dining room of its clubhouse, 300 Riverside Drive, Dowagiac. The event will begin at 5:30 p.m. with a cocktail hour, with dinner service beginning at 7 p.m.

Customers will be served their choice of fresh lobster, flown in from Boston, or center cut top sirloin steak, along with salad, baked potato, rolls and ice cream for dessert. Prior to dinner service, people may enter a raffle, where the winners will receive either an upgraded 7-pound-plus lobster or a deluxe steak.

Jeremy Truitt with True Entertainment will DJ the event, and people will be invited to get up and dance after enjoying their meals. Guests may also have their photo taken during the evening.

The first Elks Lobster Bash began nearly four decades ago, when some of the members of the service club hosted a seafood dinner at one of their houses to raise money for the lodge’s operations, said Debbie Krueger, a senior member of the club who is heading up ticket sales for the upcoming dinner.

“[The Lobster Bash] used to be what kept the Elks going through the winter,” Krueger said. “It still helps with that, but it has grown into a tradition that people look forward to every year. I have people in the summer asking me about when we are doing it again.”

Elks member Max Sala organized the dinner for many years before he handed the reins over to Krueger and her husband, David, four years ago. Around 20 Elks volunteers will help out with the event later this month, either preparing meals in the kitchen, serving drinks at the bar or assisting guests in the dining room.

While the club hosts weekly dinners on Fridays, the Lobster Bash is a particularly special event for the Dowagiac Elks. The combination of great dining, drinking and dancing make the evening a destination for people year after year, Krueger said.

“It’s like going to a wedding where you don’t have to bring a gift,” she said.

Last year, the club served dinner to 186 guests. For this year’s service, Krueger said they are looking to bring in 190 visitors for dinner.

The Lobster Bash’s reputation attracts guests from beyond just the Dowagiac community, including places like Three Rivers and Paw Paw. Krueger recently sold a ticket to a Niles resident who heard about the dinner from a friend.

With only a limited number of seats available, Krueger is encouraging new and returning guests to snatch up their tickets before it’s too late.

On Friday, the final day of his more than 40-year career at Pete’s Southside Marathon, Niles’ Garry Worl went about... read more