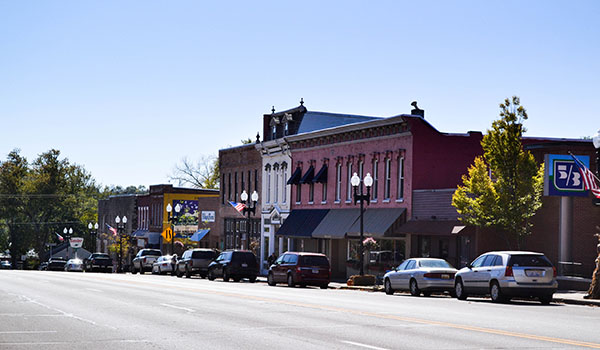 CASSOPOLIS — With 2017 now but a reflection in the rearview mirror, Cassopolis officials are looking toward to creating success for the village in 2018.

According to village officials, 2017 was a successful year for Cassopolis. Now, the village has high hopes for 2018, and is expecting to see a rise in business and community involvement.

“I think 2017 was a great year for the village, we got a lot of good things done,” said Village Manager Emilie Sarratore. “I also think 2018 has the potential to be even better for the village.”

The year 2017 saw the completion of $1.4 million of infrastructure work, an audit review resulting in an increase in the village’s fund balance, the extension of a lease with Borgess-Lee, the completion of a first round of treatments to Stone Lake, and the refinancing of a water bond that saved the village $100,000 and more.

Sarratore credits much of the success of 2017 to the village council, saying that it was the members’ drive to push forward that led to the many projects of the year being completed.

“Right now, we have a council that is looking to move forward and be progressive, which is why I think a lot of things we have been working on for a few years came to fruition in 2017,” she said. “When you have people who are willing to move forward and do more and be better for our residents, I think that lends itself well to growth and expansion.”

The year 2018 is also shaping up to be a big year for Cassopolis, as many projects and ideas are already on the table, Sarratore said.

“That’s really exciting, because when people can see where we are headed, it makes it easier to get behind that,” Sarratore said. “We are hoping to get a lot of community involvement in
this process.”

Along with the master plan, 2018 will see a collaboration to reimagine Cassopolis’ historic district by the Cass County government, economic development corporation, Village of Cassopolis and Michigan State University. The partnership was formed with MSU’s School of Planning, Design and Construction, through the university’s Sustainable Built Environment Initiative. The program is designed to help Michigan municipalities address physical planning, design and land use concerns. A series of public brainstorming sessions will be offered in 2018 to determine what the reimagining of the historic district will look like.

Revitalizing downtown isn’t the only item on the village council’s 2018 agenda. The issue of medical marijuana is also likely to become a topic of conversation this year.

Outside of local government, schools and businesses will also get a chance to shine in the new year.

Cassopolis Public Schools will continue to work toward its goal of creating a project, community and technology focused learning environment in 2018. To achieve this, the schools are looking to host business in education meetings monthly and are hoping to open a coffee shop for learning and studying in the new year.

In the business sector, individuals Christian Gogol and Kathryn Dahl purchased property in downtown Cassopolis with the possibility of opening apartments and a business in the buildings they bought.

With many large-scale projects on the horizon for Cassopolis, Sarratore wants to encourage village residents to stay involved in what is happening in their
community.

One way to do this is to attend the village council’s monthly meetings taking place at 6:30 p.m. the second and fourth Mondays of each month.

For the special revitalization projects, a public visioning meeting for the village’s master plan and the MSU grant will be held on Jan. 31 at the Midwest Energy & Communications building, 60590 Decatur Road, Cassopolis, in order to get input from community members for these projects. Sarratore encourages anyone who is interested to attend.

“We are planning at least four or five town halls or meetings for people to attend,” Sarratore said. “People can come and talk about what they would like to see and have their input in all these plans, not even just the downtown corridor plans, but our parks plans and what we may or may not what to do with some of our facilities.”

Sarratore said she hopes to see an increase in community involvement this year, due to the many projects to take place.

DOWAGIAC — What began as a simple gathering inside a Dowagiac homeowner’s garage has turned into one of The Grand... read more