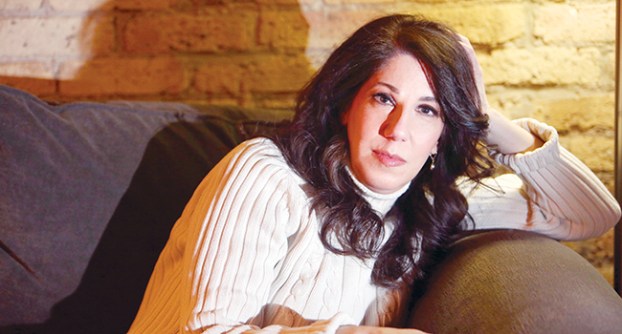 Through the last several years, Chicago author Renée Rosen has made it her mission to share the rich history of The Windy City with readers — while also spinning a darn compelling yarn.

From sordid tales of booze and bloodshed during the Prohibition era to stories from the birth of Chicago Blues, Rosen has seamlessly woven fact and fiction together in her works, creating novels that educate and entertain.

The lines between history and fantasy may be a little too blurred together, in fact, Rosen said. Since the release of her latest book, “Windy City Blues,” the writer has had several people contact her to ask where they can find more information about Red Dupree — a blues guitarist Rosen created to serve as the love interest.

“It’s pretty gratifying to know your story works that well, when people cannot tell which characters are made up and which were actual figures in history,” Rosen said.

The historic fiction author will make a stop outside The Windy City later this month, as she drops by the Grand Old City for the 2017 Dogwood Fine Arts Festival.

Rosen, this year’s featured author, will talk about the history and influences behind “Windy City Blues” during her lecture, which will be at 7:30 p.m. Friday, May 19, at the Dale A. Lyons Building theater at Southwestern Michigan College. Tickets for the talk are $20.

Rosen will also host a book signing and reception following her talk at the college. Tickets for the event cost $15; space will be limited.

Rosen, a native of Akron, Ohio, developed a passion for writing at an early age, she said. While she was never “the kid who stayed up all night reading in bed, with a flashlight under the covers,” Rosen constantly had a pen in hand, jotting down short stories, poems and plays.

“I was a terrible person to play Barbie with,” she joked. “I was always trying to make up storylines that made sense, while all the other girls were just worried about what clothes their dolls were wearing.”

Rosen’s passion for writing was only matched by her love of Chicago. She and her mother traveled to the city once a month, shopping and taking in the sights.

Following her graduation from American University in Washington D.C., Rosen moved to Chicago, and has continued to live there for past 30 years, she said.

Fulfilling her goal of becoming a published author did not come as easily, though.

While she spent much of her free time writing, by day Rosen worked in advertising to make ends meet.

“I was just a horrible employee —  I was the person who always had a novel in her desk drawer,” Rosen said. “It was not where I wanted to be. I wanted to be in my bathrobe, writing all day.”

It took 17 years, rejections by 300 different agents and by seemingly as many publishers before her first novel — the semi-autobiographical “Every Crooked Pot” — was published in 2007.

Her first historical novel, “Dollface,” was published six years later. Rosen began writing the story — set in Chicago during the tumultuous 1920s —10 years earlier, when it appeared that her first novel would never see the light of day, she said.

Rosen was committed to historical accuracy of the novel, spending years researching tales of the Chicago speakeasy scene and the gangsters who gained control of the city. Be it visiting a slaughterhouse to more accurately capture the brutality of the Union Stock Yard meatpackers or meeting with the great nephew of the infamous mob boss Al Capone, Rosen left no stone unturned in her quest to capture the sights and sounds of that era of Chicago history.

“[Chicago] is just such a terrific setting for historic fiction,” she said. “The city has shifted things, not only for the Midwest but for the entire country.”

With two successful books under her belt, Rosen could finally leave her day job behind and write full time.

Rosen has published several other novels set in The Windy City’s past, including 2014’s “What the Lady Wants,” an account of the longtime romance between famous business tycoon Marshall Field and socialite Delia Spencer; and 2015’s “White Collar Girl,” a story set in the 1950s about a struggling Chicago Tribune reporter whose fortunes change after she lands a secret source inside Mayor Daley’s political machine.

Her latest novel, “Windy City Blues,” was published in February. The story is set in the midst of the Civil Rights Movement and the birth of the Blues in Chicago, the genre that eventually spawned Rock and Roll.

“I didn’t know much about the blues before I started writing the novel, but now I’m obsessed with it,” she said. “It has opened up a whole new world to me.”

Expanding on the themes of her book — which include warnings about the impact of racism, anti-Semitism and discrimination against immigrants — Rosen’s upcoming talk should be of interest to everyone in today’s highly divided society, she said.

The 2017 Dogwood Fine Arts Festival kicks off Thursday, and runs through May 20. For a complete schedule of events or to purchase tickets, people may visit dogwoodfinearts.org or call (269) 782-1115.