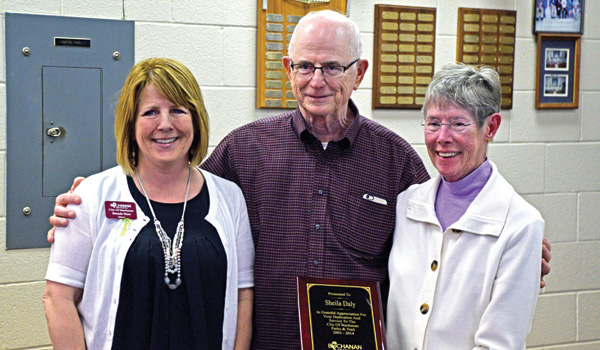 The Buchanan City Council Monday recognized Sheila Daly for her 11 years of volunteer service with the Parks and Recreation department as the “Mother of McCoy Creek Trail.”
“I want to thank you so much for all that you do,” said Councilwoman Carla Cole. “You do so much for our city, and you never look for praise or thank-yous or anything. We really, really appreciate what you do.”
Daly was the first secretary of the Trail Group, which eventually evolved into the Friends of the McCoy Creek Trail. She helped to organize cleanups of the creek, acted as a liaison between the city and the park’s board, attended regional and state meetings on behalf of the city and wrote the grant to apply for the MDNRTF, which resulted in bringing in $300,000 to Buchanan.
“Sheila totally deserves the honor of being the ‘Mother of McCoy Creek Trail,’” said Buchanan Mayor Brenda Hess. “She’s the perfect example of volunteerism, and she’s a great example of what makes life better in Buchanan.”
When asked about her thoughts and feelings on being recognized, Daly maintained her humbleness.
“I’m totally surprised,” she said with a laugh. “You just do what you know needs to get done, and that’s been my philosophy.” 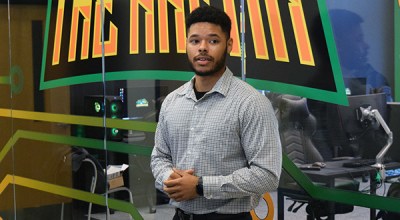 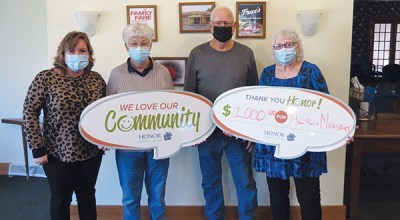