Niles beaten with a 3-pointer once again 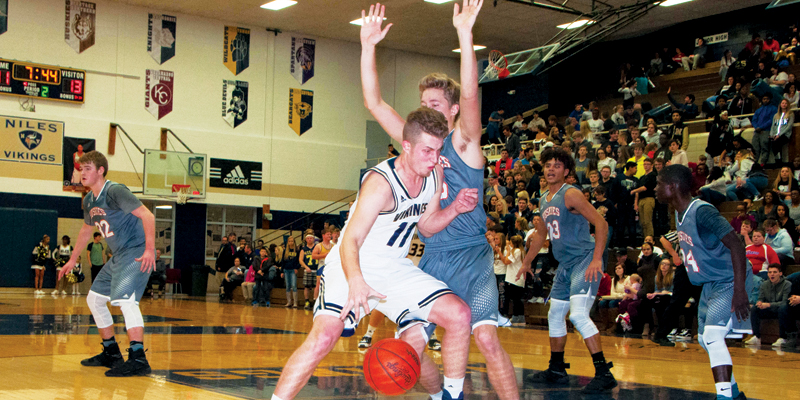 Niles’ Jake Hamm tries to get to the basket against Portage Northern in the Huskies’ 45-43 win over the Vikings Friday night. (Leader photo/ERIKA PICKLES)

For the second time in one week, the Niles boys basketball team fell in the final seconds of the game.

On Friday Portage Northern rallied with 55 seconds left on the game clock to grab a 45-43 SMAC West Division win over the Vikings.

Cameron French bombed a 3-point shot with 43 seconds remaining to give the Huskies a 44-43 lead. Duane Jackson sealed the win for Portage Northern when he went 1-for-1 on the free throw line with just eight seconds remaining.

Before the comeback, the Vikings had an impressive fourth quarter showing. Trailing 39-31 after the third, Austin Curran nailed two 3-point shots to open the final period. Chris Brown also scored six straight shots for Niles, which allowed the Vikes to pull ahead 43-41 with 4:41 to play. Both teams remained scoreless until the Huskie’s game-winning buckets.

Niles coach Todd Pawielski said his team was given specific instructions during those final crucial moments. One was to not let French score a three, which he did. The other was to not shoot the ball unless the Vikings had an uncontested layup, which they didn’t.

“What a tough loss to take. After getting beat by Battle Creek Central on a three, and then getting beat tonight by a three. It’s going to be awfully tough to bounce back from this,” Pawielski said.

If the loss wasn’t painful enough, Niles’ shooting stats were far from impressive.

The Vikes went 18-for-55 from the field. Pawielski said his team didn’t get the ball inside enough and missed a lot of key points, which could have given Niles an unreachable win.

“Despite the loss, we did a lot of good things tonight. The kids showed a lot of resilience and courage. They played hard,” Pawielski added.

French had a game-high 15 points for the Huskies, while Jackson ended with 12.

For the Vikings, Robert Brown was the only player to score in double digits, ending the night with 10 points. Brown and Jake Hamm had eight. 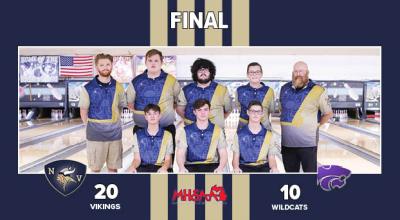