Dowagiac picks up second win of the season 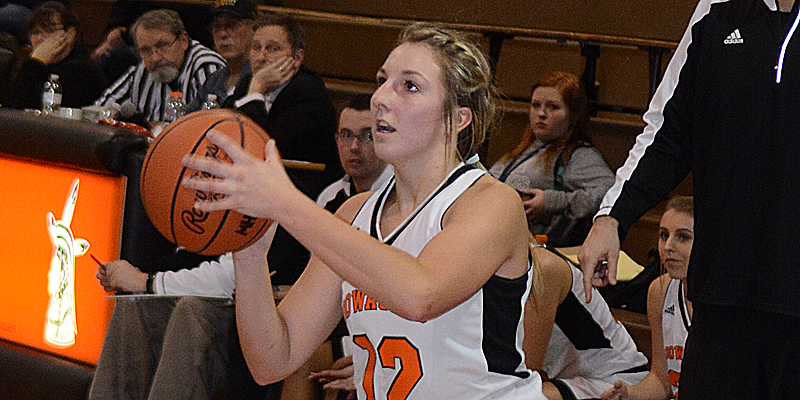 The Dowagiac girls basketball team won just one game in 2015.

So you will have to excuse the Chieftains if they were a little excited about picking up their second win of the season Tuesday night.

Dowagiac came out firing on all cylinders offensively in the opening quarter against visiting Coloma, played solid defense throughout the night and emerged with a 47-35 non-conference win over the Comets.

Senior Taylor Hulett set the tone early as she scored 12 of her game-high 21 points in the opening quarter as the Chieftains grabbed an 18-10 lead.

First-year head coach Brent Nate said it is the best quarter his team has played yet this year.

“We have been working really hard, especially this past week because we knew this was a game we could win,” Hulett said. “Our hard work is finally paying off and I could not be more proud of my teammates.”

Hulett had been struggling at the offensive end of the court in previous contests, but hit three 2-point baskets and a pair of 3-pointers in the opening quarter before hurting her thumb deflecting a pass on defense.

The thumb injury seemed to slow her down a bit, but she was able to get Dowagiac off to a fast start and from there the Chieftains did just enough offensively to stay in front of the Comets.

“Finally I started hitting shots,” she said. “I have not been as lucky lately.”

Dowagiac’s 47 points was its largest output since Dec. 19 when it defeated Eau Claire 63-11 for its other win of the season.

The Chieftains had not scored more than 39 points in any of its other games this season.

But it was the defense that impressed Nate Tuesday night.

“We knew we had to match up with their shooters, Kayla Yore and Morgan Wagner and we did a good job of locking them down,” he said. “We did a lot better job in the second half of locating them and taking away some of the looks they had in the first half.”

Yore had a team-high 13 points and Wagner just five.

Nate also hoped his pressure defense would pay dividends in the second half.

“I thought our pressure would eventually wear them down and I think it did,” he said.

Besides Hulett’s output, the Chieftains also got 10 points from Amiyah Smith, who did not play much of the first half after picking up two quick fouls, and eight points from Tania Wilson.

“The girls were making shots, we had some good looks and we got some layups to go down,” Nate said. “It helped us build some confidence.”

Dowagiac will now face a couple of tough opponents as it travels to Three Rivers for a Wolverine Conference South Division contest Friday before hosting Plainwell at 3 p.m. Saturday.

No ‘wow’ factor in Broncos hiring of Lester