What Irish learn from win over Nevada 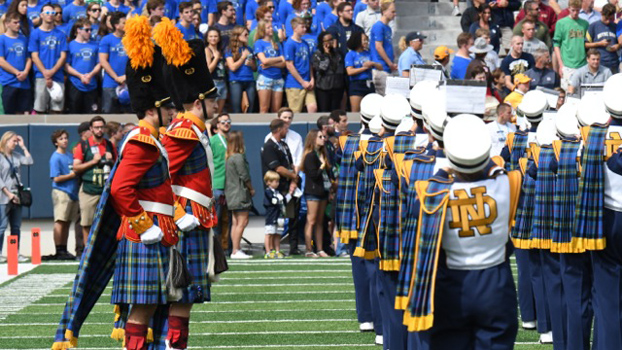 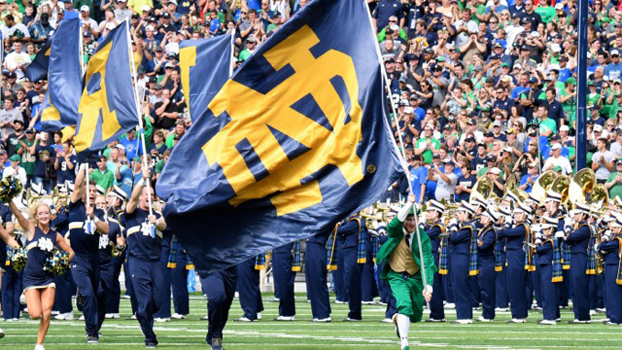 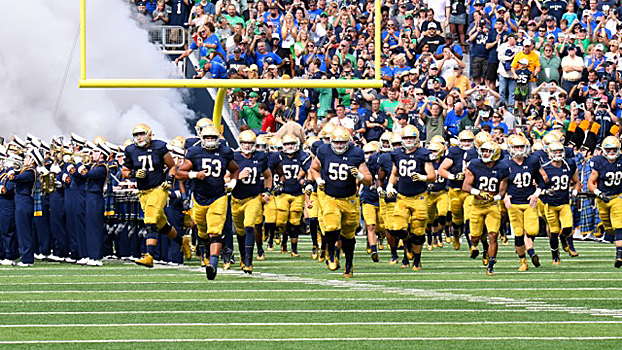 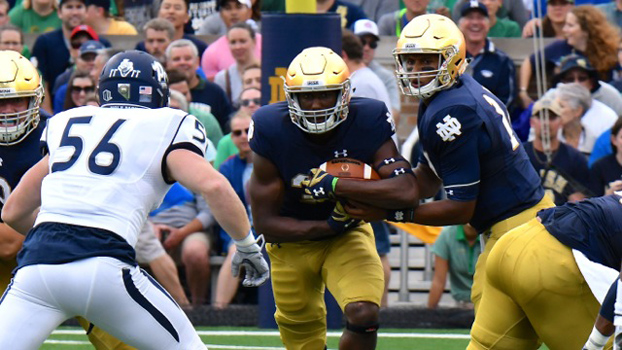 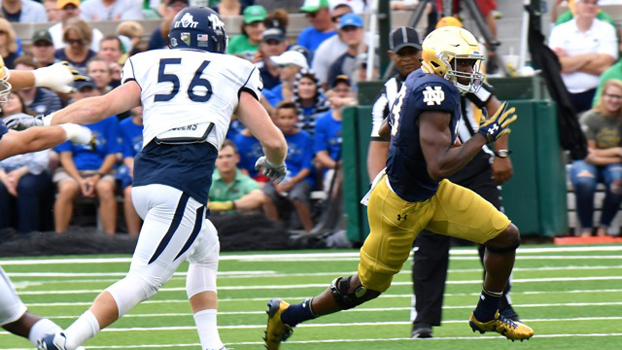 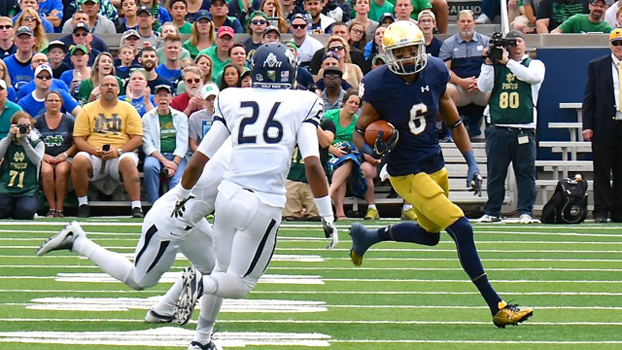 Notre Dame made its home debut at Notre Dame Stadium Saturday to open a three-game home-stand and did what it needed to do on both sides of the ball in working its way to a win against Nevada.

Here are some Irish takeaways from their 39-10 victory:

1. The Irish defense is better than it showed a week ago. Neither Brian Kelly nor defensive coordinator Brian VanGorder were ready to suggest even a 29-point conquest of the Wolf Pack merited hall of fame mention, yet it had to go a long way in terms of injecting some needed confidence back into the psyches of the Notre Dame defenders. Thanks to a 25-0 second-period outburst (the most one-sided scoring quarter for the Irish since 2005), Notre Dame allowed only 74 first-half yards (only 21 yards on 12 plays in the second period), with the Wolf Pack completing only three of nine first-half throws. The one time in the first two periods that Nevada reached the Irish 40, it ended up punting after a delay of game on fourth and three. Second-half Notre Dame leads of 32-0 and 39-3 suggested the defense will feel a lot better about itself with Michigan State coming to town next Saturday night.

2. Expect DeShone Kizer to complete a high percentage of his passes on most weekends. Kizer followed up his 16-of-24 effort against Texas (for five passing touchdowns) with an even more efficient 15-of-18 performance (and two more TDs) Saturday against Nevada. And that should be no surprise given what Irish fans saw from him a year ago. What Kelly likes best is that he feels like Kizer and the rest of the Irish offense give Notre Dame a fighting chance on any given Saturday.

3. The Notre Dame secondary will be a work in progress. That group endured another blow Saturday with the loss of sophomore cornerback Shaun Crawford for the rest of the season (the second year in a row he essentially has been sidelined for the year with injury). So expect some youthful faces in noteworthy roles, including true freshmen Devin Studstill, Julian Love and Donte Vaughn. No matter the personnel, Kelly liked the way his defensive backfield kept plays in front of it, competed for the football and supported the run versus Nevada. Corner Cole Luke and safety Drue Tranquill will play key roles in terms of leadership moving forward.

4. The Irish can clean things up in the penalty category. If there was one reason Notre Dame started somewhat slowly Saturday it was because of penalties. The Irish had a couple of offensive interference calls, a facemask penalty and a holding violation–leading to 50 yards in miscues in the first period alone (the full-game numbers were nine for 94). None of it ended up affecting the final result, but Kelly knows attention to detail in that area will pay dividends in games down the road.

5. Notre Dame has some talented skill position players. Beyond Kizer (see point #1 above), the Irish offense has a lot to like in terms of playmakers. Whether it’s Equanimeous St. Brown (six catches for 89 yards Saturday) or C.J. Sanders (he earned the game ball with 107 all-purpose yards and a receiving score) or Josh Adams (106 rushing yards) or Tarean Folston (he added a rushing TD) or others, even on a day when captain and veteran receiver Torii Hunter Jr. did not dress there was no shortage of players in blue and gold who could impress