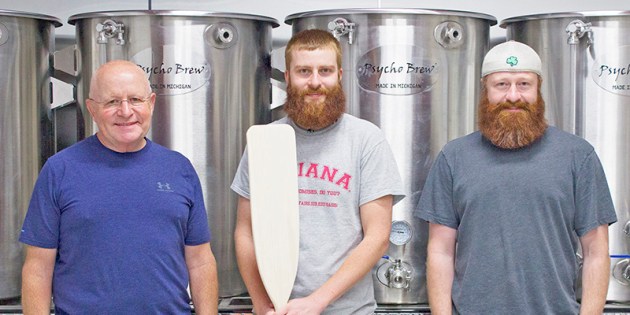 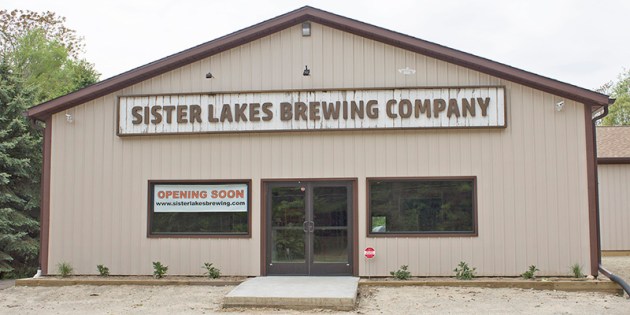 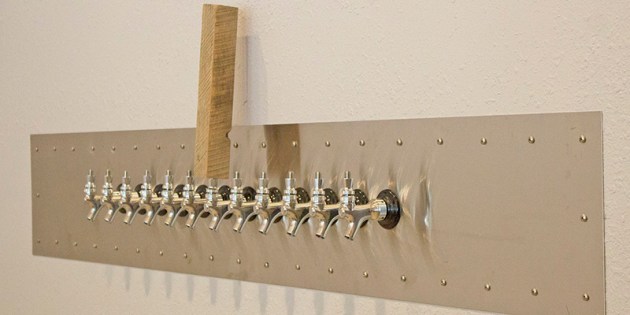 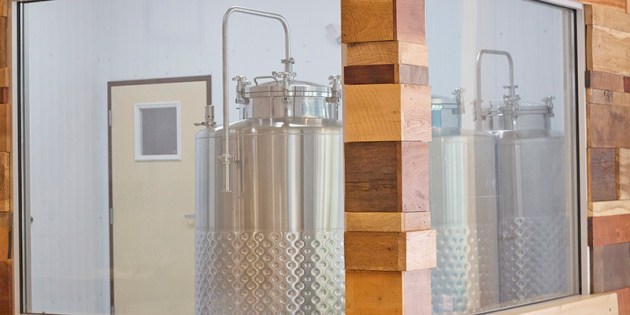 Some quality craft beer and great company will be on tap for the Sister Lakes community early this summer.

Members of the Morin family have been hard at work getting their new microbrewery, Sister Lakes Brewing Company, up and running in time for the busy summer season. With the installation of brewing and fermenting tanks inside the facility late last month, owner Jerry Morin and his sons, Brian, Joe and David, will soon begin brewing up the first batches of beer for the opening, which is expected to take place some time in June, they said.

The Morin family has been working since fall to turn the former hardware store, located next to the Sister Lakes Fire Department on County Road 690, into a brewery, in order to fulfill a dream of avid home brewers Joe and Brian to have a venue to share their creations with their neighbors.

Since purchasing the structure last year, the family members — with the assistance of others throughout Sister Lakes — have got the building nearly ready for opening, having installed most of the brewing equipment, put in taps for the beer and built furniture for portions of the bar and lounge.

“It’s like seeing a child grow up and mature right in front of your eyes,” Brian said.

The brothers will create their custom made beers using tanks made by Psycho Brew, located in Greenville, Michigan.

The five-barrel system will be able to produce up to 10 kegs of beer at once. Batches will be pumped from their origin in the brewing tanks to one of three fermenting tanks to finish. Once a batch is completed, it is transferred from the tank to a keg, to be placed behind the bar and tapped for pouring.

“Once everything is put inside of one of these tanks, the brew doesn’t see daylight or air against until we pour it into a customer’s glass,” Brian says.

The family plans to have a total of nine craft beers on tap at once — three seasonal or experimental beers that will be rotated out regularly and six that will be served on a regular basis. These mainstays will include a combination of light and dark beers, including a cream ale, an Indian Pale Ale, a Hefeweizen and more, Brian said.

“We see this as the culmination of what we’ve already been doing,” Joe said. “We’ve been brewing for four years now. We’ve come up with a selection based on years of trial and error and constant refinement of our recipes.”

The brewery will also contain a small kitchen area, where staff will serve simple dishes like soups and sandwiches.

In line with the brewery’s tagline of “fostering community, one pint at a time,” the Morins are incorporating as much of the feel of Sister Lakes into the décor of the front lounge as possible. For instance, the wood paneling separating the seating area from the brewing area is made mainly from materials from a former barn located in the area, while the bar top will be a transplant from the bar of the former Lakes Bowl building, which was demolished last year, Jerry said.

While excited for to offer some of their unique brews with others throughout the region, the Morins are even more excited to soon have a place for members of the community to come throughout the year to gather and have a good time, they said.

“We want to make it a place where people can come to meet new faces and have some great conversations,” Joe said.

Once work nears completion, the owners will announce an opening date and business hours on the Sister Lakes Brewing Company website, http://www.sisterlakesbrewing.com. People who wish to apply for bartending or other jobs with the company can do so through the website.