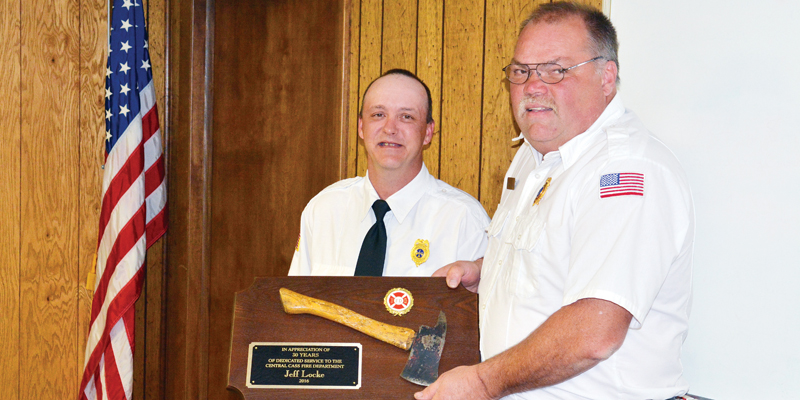 Locke, who joined the department in 1986, said the award surprised him.

Locke has been the fire chief for the past five years.

“There have been a lot of changes,” he said. “A lot of things have changed up here. The politics has changed a lot and how you fight fires has changed drastically over the years. The accountability. The hazards at all fires any more, with all the plastics and the smoke. There have been tons of changes over 30 years.”

Locke said he is pleased with the direction the Central Cass Fire Department is heading, which includes plans to build a new fire station in the not too distant future.

“We are heading in the right direction. We just need to get there,” he said. “Up until five years ago we were paid through the village’s budget, which everyone knows there are less and less monies available for everything. Five years ago we formed the fireboard and that is why now the townships are paying the bills. It just frees up more money for the village and helps us out a lot.”