Rangers are on a roll

In the first game, Nikki Keefe scattered 10 hits with seven strikeouts and no walks.

Keefe was also 4-for-4 at the plate with two doubles and five RBIs. Maile Barber and Kayla Rowan both had four hits with a double. They combined to drive in eight runs.

Jayna Locke and Barber both doubled for the Rangers, who got two hits each from Katie Purlee, Olivia Purlee and Brooks.

Host Cassopolis had only 12 hits, but scored 38 runs in sweeping Michigan Lutheran 21-2 and 17-2 in non-conference softball Monday.

In the opening game, Nikki Keefe tossed a four-hitter with four strikeouts and no walks.

“Tonight we were really able to get out some kinks with our hitting,” Cassopolis first-year coach Demi Schrader said. “We were also able to move some girls around in the field to see how they would adjust. Our pitchers also threw well today.”

Maile Barber was 2-for-3 with a double and three RBIs, while Erica Williams homered and drove in three runs for the Rangers.

Madison Brooks was 2-for-2 with a double. Kaylyn Forrest also doubled for Cassopolis.

Olivia Purlee tossed a two-hitter in the nightcap with five strikeouts and no walks.

Forrest was 2-for-3 with a triple and four RBIs, while Keefe homered and drove in three runs.

“We played so well tonight,” Schrader said. “The first game we played tight defense. We got hits when we needed them. The second game our bats finally started getting hot. I am so proud of my girls. We are improving each and every game.”

In the opening, Nikki Keefe allowed one earned run on five hits with five strikeouts and just one walk.

Katie Purlee and Kayla Rowan both went 2-for-4 with an RBI for the Rangers, who also got a double from Malie Barber. Lynnzee Armstrong was 2-for-2.

Olivia Purlee was the winning pitcher in the second game as she did not allow an earned run on seven hits with four strikeouts.

Madison Brooks was 2-for-4 with a double, a triple and four RBIs, while Armstrong doubled and drove in a pair of runs. 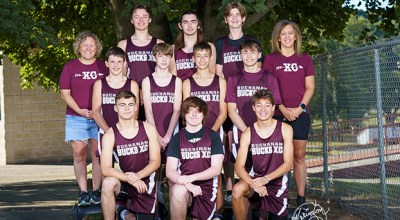 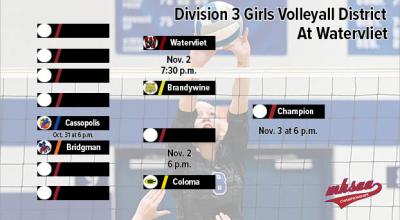