Those who simply can’t wait to until May 5 to begin celebrating the 25th anniversary of the Dogwood Fine Arts Festival will be pleased to know there’s not one, but two events taking place before the official festival kickoff.

The first of these events will be Dogwood’s 25th Anniversary Gala, which begins at 6:30 p.m. Friday, at the Mathews Conference Center on the Dowagiac campus of Southwestern Michigan College.

Tickets for the event cost $25. All attendees must be at least 21 years old.

Similar to last year’s “wine and song” event held to kick off the 24th festival, the gala will be a marriage of good drink, good food and live entertainment held out at the community college to commemorate the silver anniversary of the event, said festival Secretary Bobbie Jo Hartline.

“We wanted to kick off this year with a party that celebrated the people made the festival what it is: our volunteers and patrons,” Hartline said. “It gives them a fun way to come together and share some stories.”

In addition to sweet and savory hors d’oeuvres, attendees will be able to enjoy a variety of wines from Michigan wineries, Hartline said.

Entertainment will be provided during the gala as well, including live music and active art displays. Some visitors may even get a chance to have their portrait drawn by one of the artists in residence that evening, Hartline said.

The biggest attraction of Friday’s event will be the old photographs and posters that organizers will be pulling out of the festival archives, Hartline said. The pieces will depict moments from throughout Dogwood’s 25-year history that are sure to elicit memories from many in the audience that evening, the secretary said.

“The walls will be covered with Dogwood memorabilia — some people will recognize and some they won’t,” she said.

A silent auction will also take place during the event. Visitors will also have a chance to purchase tickets for other Dogwood events during the gala.

The second pre-festival event is scheduled to take place the following week, at 5 p.m. Monday, May 2, at the Dogwood Festival Gallery inside downtown Huntington Bank Building. The festival will be unveiling its newest art exhibit during the event, displaying impressionist pieces painted by area artist Bob Gottlieb.

Gottlieb, a former executive with Dowagiac’s Wolverine Insurance, has taken his lifelong passion for art to the next level since retirement, creating works of the art that have been on display in galleries like St. Joseph’s Box Factory.

The idea of hosting a display of the artist’s works during Dogwood festival came from Karen Judd, the chair of the visual arts event, Hartline said.

“[Gottlieb] is someone you wouldn’t think would be your typical artist, but he does some really great work and is very humble about it to boot,” Hartline said. “She [Judd] thought it would be a good twist compared to our usual galleries.”

The gallery opening will be free and open to the public. Refreshments will be offered as well.

Gottlieb’s artwork will be on display at the Dogwood gallery through the festival, which takes place May 5-15, Hartline said.

For information or tickets for any of the upcoming festival events, people can contact the festival office at (866) 490-2847. 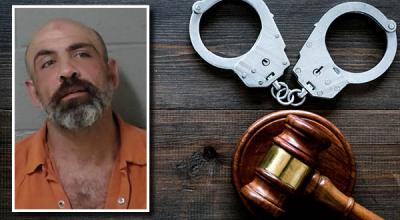