The timing could not have been better for Kellie Montgomery and Mary Lewis to open Rock, Paper, Scissors in Edwardsburg.

With 25 years of experience as stylists, Montgomery and Lewis were looking for a new start.

“Due to some unexpected events, not by our choice, changes happened,” Montgomery said. “It just made us re-evaluate what we wanted to do with our future. It just all fell into place. You could not have asked for it to go any better.”

The co-owners were able to quickly find a spot to open their new salon and say business has been good since opening Edwardsburg.

Montgomery is originally from Niles but has worked in Edwardsburg for a while. She also had a full-time job at Ronald McDonald House in South Bend.

Lewis lives in between Niles and Edwardsburg. She has a Niles address, but her children attend Edwardsburg schools.

It took just three weeks for Montgomery and Lewis to go from finding a building to opening the doors.

“It was a quick turnaround,” Lewis said. “Everything just fell into place. One thing led to the next.”

The only real glitch was a lack of parking, but thanks to their neighbors at Maple Café, that has not been an issue.

“They have been really good to us by letting us use their parking temporarily,” Montgomery said. “We really appreciate them for doing that.”

Also working at the salon are Michele Green, Janet Hayden and Bonnie Martenson.

“We want to be supportive of the entire community,” Montgomery said. “It is important for us to be a big part of the community because they have been welcoming to us.”

“We are supportive of the schools,” added Lewis.

While all the stylists set their own appointments, Rock, Paper, Scissors is open Tuesday through Saturday. Walk-ins are welcome.

Rock, Paper, Scissors offers 20 percent off to anyone who is in the military or an emergency first-responder.

For more information about hours or to schedule an appointment, call (269) 414-4597, email at rpsstylingsalon@gmail.com or check out the website at http://www.rockyourcut.com. 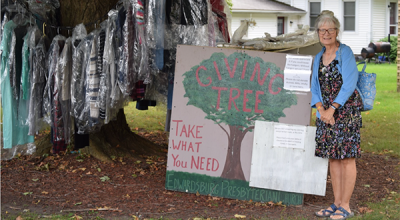 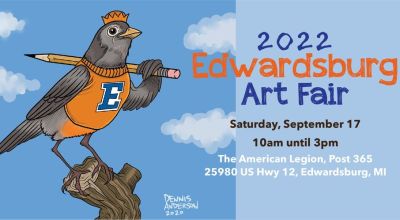