In the boys basketball game, the Vikings squandered a 14-point second quarter lead and fell to the Huskies, 57-38.
Gaines’ 3-pointer as time expired at the end of the second quarter gave Niles a 19-14 halftime lead. The shot highlighted a 14-3 run by the Vikings which gave the hosts a 28-17 lead with 4:04 left in the third quarter.

“We called a timout and got our energy up,”  Niles girls basketball coach Phil D’Amico said about the key run by his squad. “I told our girls that we were turning them over on our press but we weren’t converting. We started putted in a different transition (offense) and we started picking up the pace and I thought that made a difference.”

Another clutch 3-pointer by Gaines at the end of the third quarter gave Niles a 33-23 lead to start the fourth quarter.
Gaines finished with 17 points and eight rebounds. Jazmin Brann added 13 points and six rebounds, while Elyse Zimmerman totaled 10 points.

Zimmerman fouled out with 5:38 left in the game, while Brann picked up her fourth foul with 7:24 left in the fourth quarter.

“We’re coming of age,” D’Amico said. “We’re starting to learn how to play without some of the seniors when foul trouble occurs. We’re able to stop the bleeding a little bit. I think some of the experience we gained in our first two without some our senior leadership really helped tonight. I thought we finished the game and that’s the way we want to play.”

The Niles boys basketball team led 24-10 after getting a basket from Gavin Rasler wih 4:14 left in the second quarter.

For the rest of the game, Portage Northern outplayed Niles.

Adam Farran’s 3-pointer as time expired in the second quarter pulled the Huskies within 27-21.

“Hitting that 3-pointer at the end of the half gave them a little life,” said Niles boys basketball coach Todd Pawielski. “We stood and watched a guy shoot a 3, instead of moving a foot and a half and guarding him.”

“Our kids did a nice job in the first half,” Pawielski said. “We wanted to slow it down and play out of the lane. When we play too fast we get in trouble. Every quick shot hurt us. We took some ill-advised jump shots.

“Defensively, we gave up way too much penetration. We have to do a better job of staying in front.”

Turnovers plagued Niles throughout the game as the Vikings turned the ball over 22 times.

“We’re still working on our turnovers,” Pawielski said. “We’re not going to play a clean game. We’re just trying to make sure that our turnovers don’t lead directly to baskets. Tonight, too many of them did.” 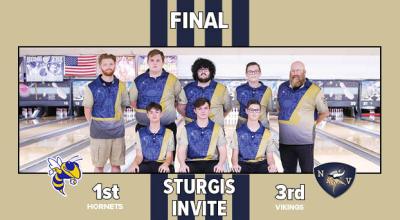