When Bob Seger sings, “All Chuck’s children are out there playing his licks” in “Rock and Roll Never Forgets,” it’s a reference to Chuck Berry.

Except in Niles, where all Chuck’s children took guitar lessons from Chuck Day.

“If you’re in Niles and around my age, everybody took lessons from that guy,” Cort Hullinger said Wednesday.

It started as a 9/11 tribute, “You Can Still Rock in America,” but the second annual free six-hour rock concert Sunday is billed simply as “Rock the River.”

There will still be six bands entertaining at the pace of one an hour, but there are three new lineups joining returnees Terra Firma, Sucker-Punch and Simple Crush.

Cort Hullinger, 50, guitarist for the quintet Simple Crush, which features a new female vocalist, Aubrey Ginzer of South Bend, has been playing in bands since high school, including Terra Firma, of Buchanan.

With bands commanding hundreds of dollars for paying gigs, this free performance is a gift to the community worth thousands of dollars.

Hullinger, who’s worked at Niles Precision for 33 years, said the biggest source of friction among the musicians is their college loyalties during football season.

“Aubrey’s husband teaches school and they’re big Notre Dame fans, so we don’t get along on that stuff. I’m a Michigan fan,” Hullinger said. “Aubrey could be on a show like ‘America’s Got Talent.’ She does accounts for a fire protection company. The bass player is a South Bend Tribune graphic designer. Our drummer works at UPS and Martin’s. The other guitar player is a mold maker in Elkhart.”

“Sucker-Punch is going last because they donated the drum kit and bass rig this year,” Hullinger said. “They live anywhere from Niles to Elkhart. Everybody’s kind of connected somewhat. The only guys I don’t know” is Falling to the Top. “They’re all teenagers.”

“It should be a good time. This is something different,” Hullinger said. “We get tired of the bar scene. We play down at Jellystone once a year and it’s always either a bunch of drunks on golf carts or little kids. The kids have a blast. I gave one a guitar I got at a garage sale for $5 with Simple Crush stickers all over it. He was in heaven.”

Rock the River lineup for Sept. 8 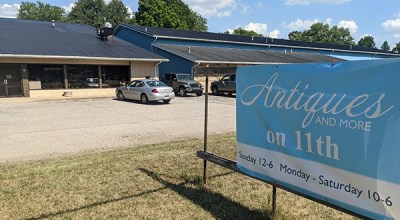 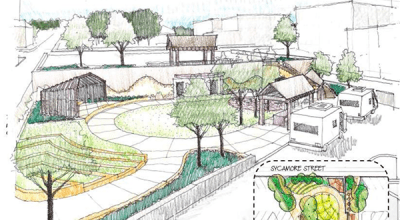 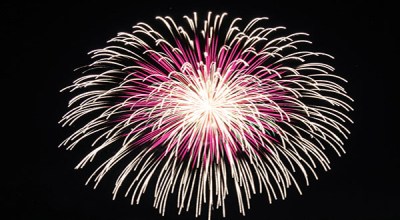 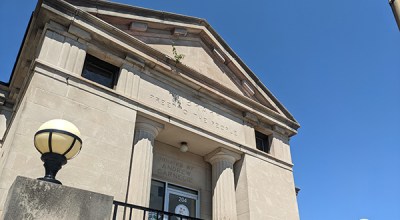