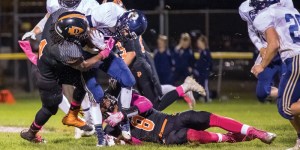 Dowagiac a game away from earning playoff spot

After starting the season with some tough losses to Vicksburg and Three Rivers, the Dowagiac Chieftains found themselves at 2-3 and needing to win their ... Read more 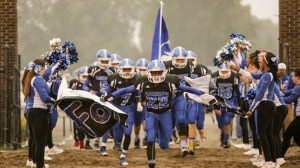 The Ranger football team created a great memory for senior players as they defeated White Pigeon 45-6 in its final home game of the season ... Read more 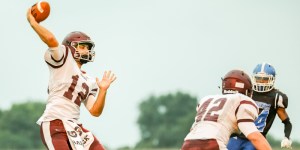 Welcoming Buchanan on homecoming night, the Cassopolis Rangers looked to continue their unbeaten run and give the Bucks three loses on the season. Read more 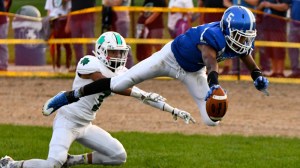 Sophomores lead the way for the undefeated Rangers

Led by their four sophomores, the Cassopolis Rangers won their home opening game against the visiting Berrien Springs Shamrocks 28-21 to move to 4-0 on ... Read more

Battle-tested was the word used by head xoach Steve Wright for the year the Edwardsburg boys basketball team had. Read more

A poor shooting night was too much for a young Edwardsburg team to overcome in the Class B regional semifinals at Battle Creek Harper Creek ... Read more

wo area teams squared off on opposite sides of the Class C District in New Buffalo Wednesday night. Read more

Still looking to improve this season and get on the right track for the beginning of the MHSAA tournament, Cassopolis hosted Bridgman in a BCS ... Read more

Sometimes it not easy being a high school senior. Read more

Robertson a man for all seasons

Being a freshman on a varsity basketball team is no easy task, especially for the Eddies’ A.J. Rosebush. Read more

Coming off a 0-3 road trip against Dowagiac, South Haven and Lakeshore, the Edwardsburg boys basketball team looked to get back in the win column ... Read more

Gatson ‘feeling it’ for the Rangers

Running behind a combined 45 points from seniors Bryce Saxton and Deion Gatson, Cassopolis started out 2016 on a positive note by beating visiting Eau ... Read more

The Colin Burandt era got off to a great start as Dowagiac defeated Buchanan and Berrien Springs at the Edwardsburg Quad Wednesday. Read more

For the first time in school history, the Cassopolis football team brought home a MHSAA district championship with a 48-14 win over host Bridgman Friday ... Read more

For the first time in school history, the Cassopolis football team brought home a MHSAA district championship with a 48-14 win over host Bridgman Friday ... Read more