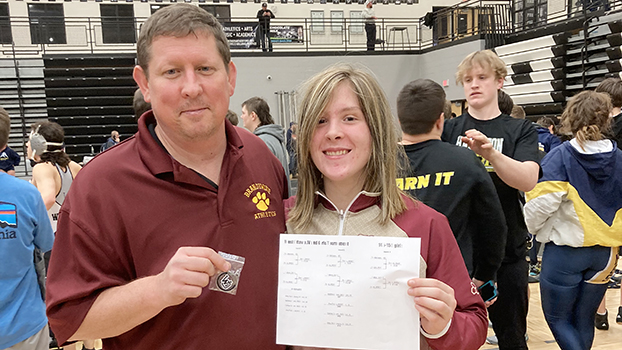 Grand Haven won the team championship with 316.5 points, while Hamilton was second with 174 points and Lansing Waverly third with 163 points.

The Bobcats finished with 117 points.

Maddison Ward rebounded from a third-place finish at her previous tournament to capture the 145/155-pound championship at West Ottawa with a perfect 3-0 record. She pinning all three of her opponents.

Ward pinned Abby Vanderzwang, of West Ottawa, in 36 seconds in the opening round before pinning Marcellus’ Carlee Osborn in 2:35 in the semifinals. Ward pinned Montague’s Ava Pelton in 1:59 to win the title.

The Eddies finished with a score of 622.52. Edwardsburg entered the second jamboree in fourth place in the overall standings.