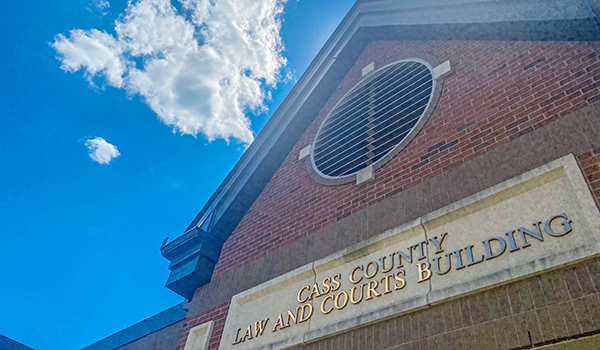 Michael Carpenter, 36, of Cherry Street in Niles, pleaded guilty to possession of heroin and was sentenced to three years probation, completion of the Adult Treatment Court and Twin County probation programs, credit for 211 days served and $2,688 in fines and costs.

The incident occurred June 23, 2022 on U.S. 12 near M-62 in Edwardsburg. Police stopped his car and he gave a false name and then became combative with them. Police found heroin syringes, baggies and other items.

“You can see what drugs have done to your life,” the judge said. “If you don’t get your addictions controlled, your life will be so messed up, you won’t know which direction you’re going.”

Dick Rupert, Jr., 45, of New York Avenue in Dowagiac, pleaded guilty to possession of methamphetamines as a habitual offender and was sentenced to 18 months probation, credit for one day served and $2,088 in fines and costs.

The incident occurred Nov. 2, 2021 at a home on High Street in Dowagiac.

Fitz urged Rupert to change his life. “You might consider today as the first day of the rest of your life,” he said. “Most of the bad thing in your life have been brought about your drug use.”

Christopher Wooster, 37, of White Pigeon, pleaded guilty in connect with two incidents in 2020 and 2022 and was sentenced to two concurrent probationary terms.

He pleaded guilty to possession of meth, carrying a concealed weapon and receiving, concealing or possession of a stolen motorcycle and was sentenced to three years probation, credit for 411 days served, completion of the Adult Treatment Court and $1,764 in fines and costs.

That incident occurred Nov. 6, 2020 in Porter Township. Police stopped him on the stolen motorcycle twice with him fleeing each time. Wooster wrecked the motorcycle a short time later and he was found with drugs, a weapon and in possession of a stolen vehicle.

In the other case, he pleaded guilty to possession of meth as a habitual offender and was sentenced to three years probation, completion of the Adult Treatment Court program, credit for 175 days served and $698 in fines and costs.

The incident occurred June 11, 2022 when he was found with a small baggie of meth after he was transported from the St. Joseph County Michigan jail to the Cass County jail in Cassopolis.

“Your drug use goes back to your teen years,” the judge said. “You’ve used meth for 20 years. Meth doesn’t seem to have done you any good in life. I always ask people if they know of anyone whose life got better with drugs.”