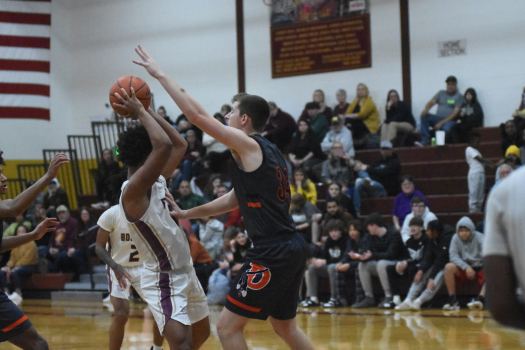 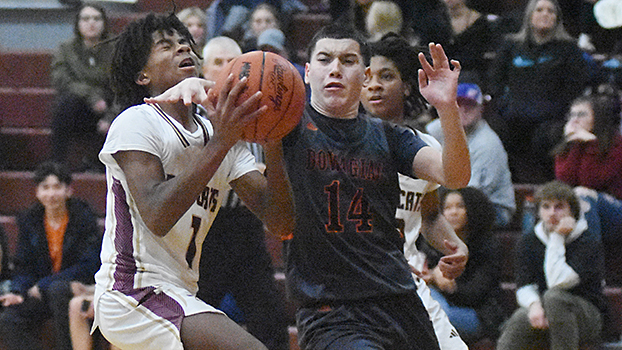 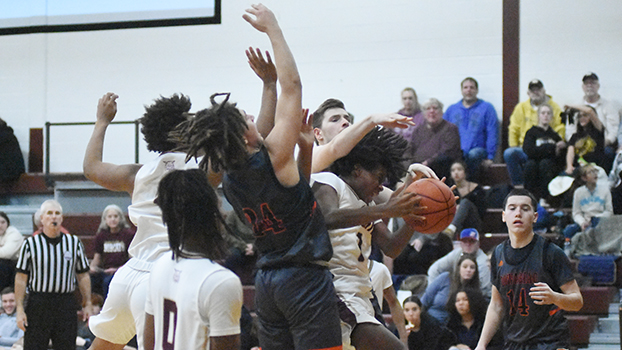 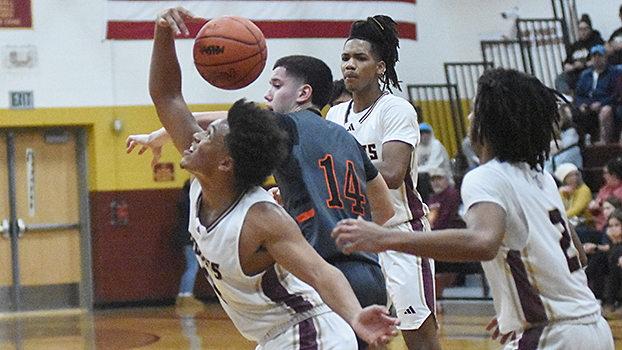 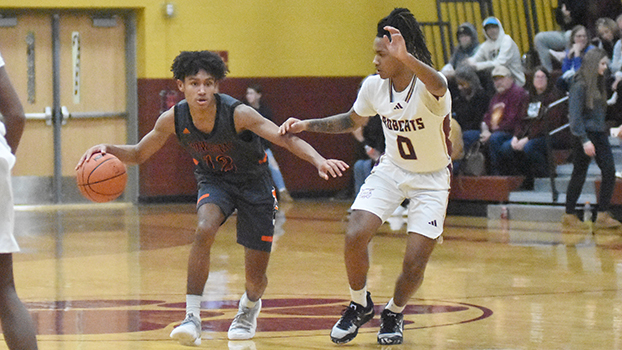 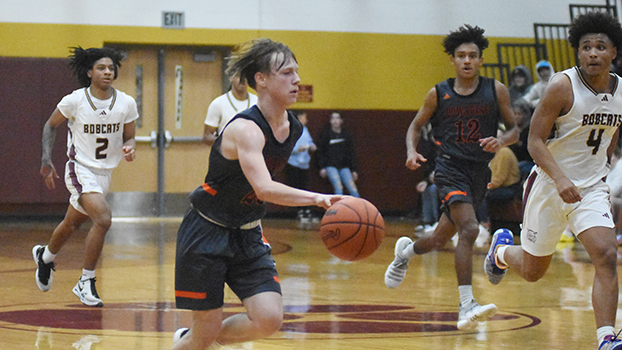 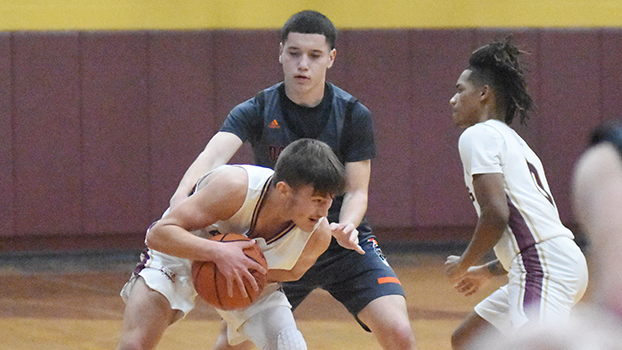 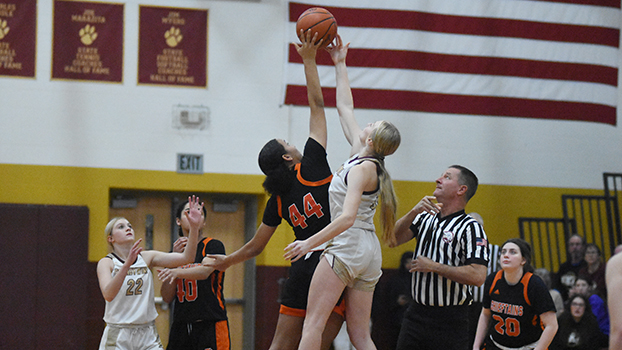 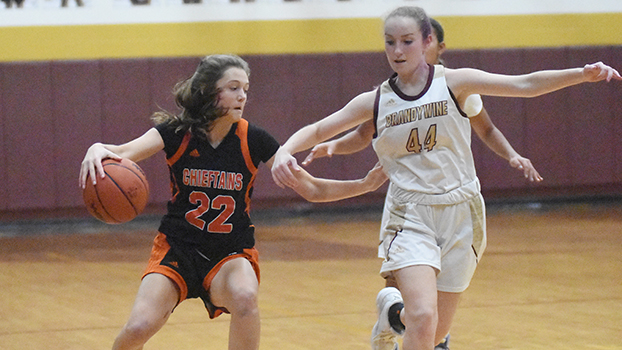 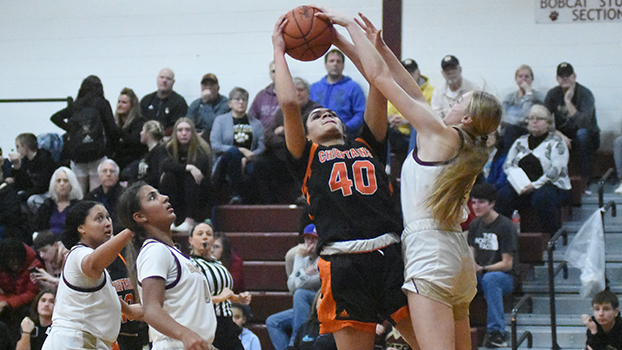 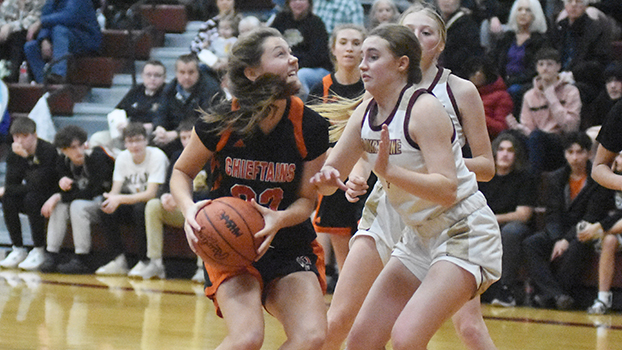 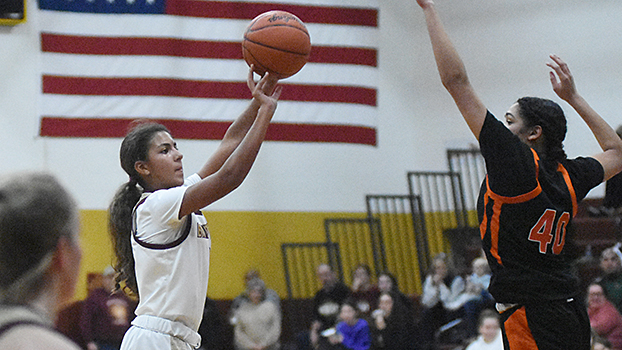 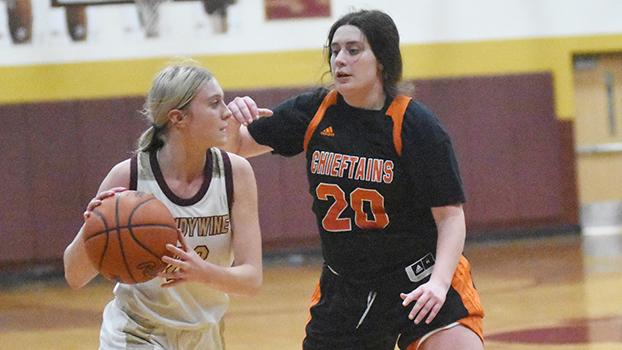 In the second game of the league doubleheader, the Bobcats rolled to an easy 61-29 win over the Chieftains.

The Chieftains, 4-4, 0-3 Lakeland, led most of the contest as Dowagiac held a two-point [10-8] advantage after one quarter and a 26-18 lead heading into the locker rooms at halftime.

Brandywine was able to cut the Dowagiac lead to 32-27 heading into the final eight minutes.

The Bobcats, who had struggled shooting the ball from the outside in the middle two quarters, got hot in the final four minutes of the last quarter, hitting four 3-pointers to erase the Chieftains’ lead.

Adelyn Drotoz hit three of those 3-pointers, while Ireland Prenkert had the other triple.

While Brandywine was red-hot from beyond the arc in the final four minutes, Dowagiac was ice cold from the and the free throw line. Dowagiac went just 4-of-12 from the charity stripe, including 0-for-6 in the final eight minutes.

Drotoz led the Bobcats with 14 points, while Adeline Gill and Kadence Brumitt both finished with seven points.

Maggie Weller had 14 points to pace the Chieftains, who also got 11 points apiece from Audrey Johnson and Alanah Smith. Smith missed most of the first half after picking up two fouls in the opening quarter.

Brandywine will head to Benton Harbor Friday night to take on the Tigers in a Lakeland Conference contest, while Dowagiac will host Berrien Springs in a league game.

Host Brandywine wasted little time showing those in attendance Tuesday night why it was 7-0 on the season.

The Bobcats took a 16-5 first-quarter lead and never looked back in handing Dowagiac its sixth loss of the season. The Chieftains are now 1-6 overall and 0-2 in Lakeland Conference action. Brandywine is now 3-0 in conference contests.

The Bobcats extended their lead to 15 points [28-13] by halftime and 51-18 heading into the fourth quarter.

Brandywine heads to Benton Harbor for a showdown with the Tigers Friday night. Both teams enter the contest undefeated in Lakeland Conference play.

Dowagiac will attempt to snap its five-game losing streak when it hosts Berrien Springs in a league contest.