Column: These were not the same old Lions 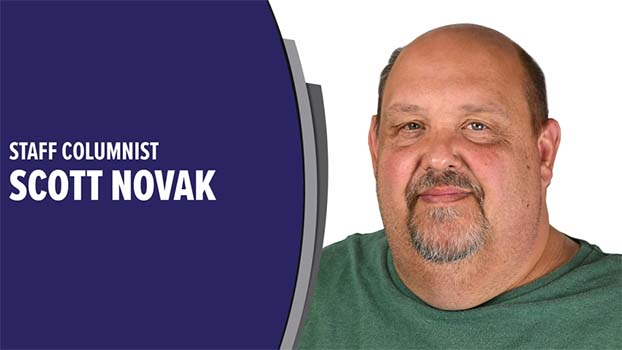 It was a roller coaster ride of emotion for Detroit Lions fans in 2022.

Starting with the Lions being on HBO’s Hard Knocks series gave us many reasons to believe that this Detroit team, under the direction of Head Coach Dan Campbell, was going to be something special. These Lions were not the same old Lions that we have watched break our hearts year after year for decades.

But after a 1-6 start, I thought this year is not going to be any different from the others, where Detroit showed signs of being improved during the preseason and then fell flat on their face when it came to the regular season. Yes, they had played well in almost every one of those games, but a loss is a loss in the National Football League. There was no way they would be able to make the playoffs again.

Then came the wave of victories. The Lions went from sad sacks at 1-6 to 8-8 and still had a chance to make the playoffs on the final week of the regular season. Something had clicked for the club, and suddenly every time I turned on a sports talk show or listened to NFL pregame shows, Detroit was the talk of the league. The Lions were the one team that no one wanted to play over the second half of the season.

Suddenly, Detroit went from 1-6 to 7-7 with wins over Miami, Green Bay, Chicago, Jacksonville, Minnesota, and both New York teams. The only loss during that stretch of games came on Thanksgiving Day when Buffalo edged the Lions 28-25, having to come from behind to do so.

A blowout of NFC North Division arch rival Chicago on New Year’s Day gave us another glimmer of hope that 2022 would be something special. But Detroit would have to travel to the “frozen tundra” of Lambeau Field to take on the Packers, who were also fighting for their playoff lives after an up-and-down season.

Two things stood between Detroit and the playoffs — Seattle and Green Bay. The Lions needed the Seahawks to lose in an afternoon game before facing the Packers that night, while Green Bay only needed to beat Detroit to advance.

Our dreams of seeing the Lions in the playoffs this year were dashed when Seattle won in overtime. That meant Detroit had nothing but pride to play for against the Packers, who now only needed to beat the Lions to advance.

The same old Lions would have rolled over and Green Bay would have blown them out on its way into the postseason. But these are not the same old Lions. Detroit rallied to beat the Packers and smash their dreams of being in the playoffs with a 20-16 victory. It was a gutty effort by a team with nothing to play for. Detroit was playing to announce that the National Football League better be ready to face the Lions next season. This team is for real, and with some additions at key positions, could be one of the favorites to win the NFC North Division in 2023.

Here are a few things I observed throughout this season:

• I have been back and forth with Jared Goff as the future quarterback of the Lions. His performance after the 1-6 start has convinced me that he is the guy Detroit needs at quarterback going forward. He threw for more than 4,400 yards with 29 touchdowns and just seven interceptions. This is the Jared Goff that led Los Angeles to the Super Bowl a few years ago.

• Defensively, Detroit needs to improve its secondary. No. 2 overall pick in last year’s draft, Aiden Hutchinson, more than proved that he is the real deal. Detroit’s front seven is pretty solid. It must improve on the back end if it wants to compete for championships moving forward.

I cannot wait for the 2023 season to get under way. I am now sure how the “Hard Knocks” series works, but I would not mind Detroit being the in-season version this year. I am ready to climb back on that roller coaster and enjoy another ride with the Lions. But this time, let’s hope the ride ends in the postseason.