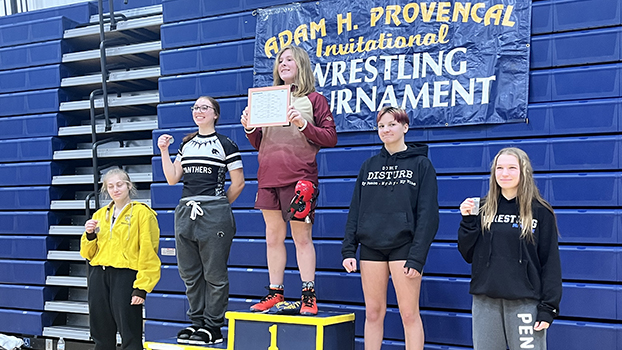 GRAND HAVEN — Teams continue to head back into action as the Christmas break is coming to a close.

In wrestling, Brandywine sent five female wrestlers to the Adam H. Provencal Invitational in Grand Haven, while the boys team finished runner-up at the Dan Taylor Memorial in Hillsdale.

The Bobcats’ Maddison Ward remained undefeated on the season as she went 4-0 and captured the 145-pound championship.

Ward pinned Shayla Nickoson, of Constantine, in 1:30, pinned Kierra Fivenson, of Clinton, in 22 seconds, won by major decision over Holt’s Ciara Holtry, 10-0, and pinned Abrielle VanderZwaag, of West Ottawa, in the championship match in 2:57. 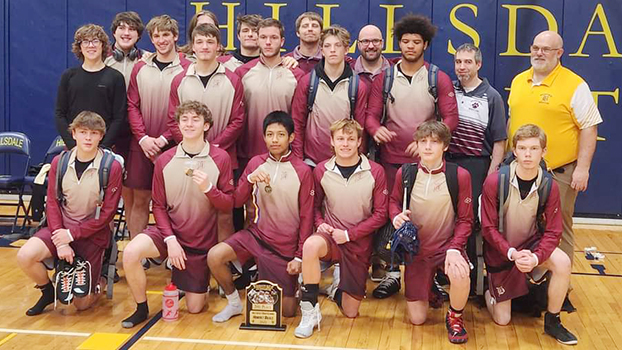 The Vikings continued to roll through its competition in the new year as they went 5-0 to win the Mendon Invitational Saturday.

Going 5-0 on the day for the Vikings were Lloyd Brown, Brock Clendendin, Ezra Vance, Michael Chisonga, Sam Rucker and Jimmy Gaya. Carson Rachels and Julian Means-Flewellen were both 4-0, while Alex Johnson and John Muday were both 5-0.

The Vikings travel to Sturgis for a Wolverine Conference match, which is scheduled to begin at 6 p.m.

Winning championships for the Eddies were Colten Strawderman at 144 pounds and Nathan Andrina at 165 pounds. Finishing second was Austin Mark at 190 pounds, while Keegan Parsons was third at 126 pounds.

The Eddies join Niles at Sturgis for a Wolverine Conference match Wednesday.

The Chieftains went 3-2 at the Three Rivers Super Duals on Saturday.

Dowagiac defeated Hartford 43-36, Rainbow 61-12 and Thornapple-Kellogg 56-24. Lawton defeated the Chieftains 39-27, while Portage Northern defeated Dowagiac on criteria after the two teams tied at 42-42.

Dowagiac travels to Niles to compete in a Lakeland Conference quad hosted by Brandywine.