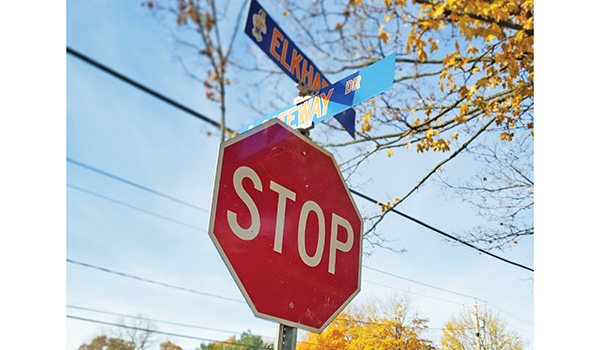 EDWARDSBURG — The Edwardsburg Village Council approved the next steps for the Elkhart Road Path project, all voting in the affirmative, with the exception of Trustee Nancy Stoner. The approval was a commitment to move forward with the project, pending the results of next steps, including seeking grant funding.

Pending that award, contract preparation, and bidding and design processes, construction would likely begin in late 2024 or early 2025.

The vote came following a presentation by Sandra Seanor of the township planning commission and road commission. In addition to asking for a commitment from the village to move forward on the project, she was also seeking letters of support.

The trail project will create a non-motorized bike and pedestrian path. The 1.2 mile, eight-foot-wide asphalt walkway will run from Gateway to May Street, connecting to sidewalks near the school and sports complex. If finalized, the project would be a joint effort by the Village of Edwardsburg and Ontwa Township, as the trail passes through both. The path would remain in the existing right-away, so as to avoid overtaking any property from citizens.

Public hearings will take place in January or February at the Ontwa Township building. Initial feedback from outreach to local citizens was reported as “extremely positive.”

Final commitment to the project would occur after those meetings. The current estimated cost of $656,000 would be covered in part by the $300,000 grant. The remaining costs would be split between the township and village, based on where the trail passes through. About one third of the trail would be built in the Village of Edwardsburg. Because the current estimate was made in August of this year, contingencies are built in for possible changes in cost over time

In other business, Trustees approved multiple checks, an invoice payment for attorney fees, and revenue and expenditure reports. A budget amendment was unanimously approved to recategorize funds. It was also announced that the snow plow purchased a year ago had been paid off and that a CD had been moved to Circle Credit Union in order to gain the increased interest of 4 percent.

Looking ahead, President Dennis Peak discussed the need to review and update cannabis ordinances in the new year in light of updates to state regulations. The Cemetery Board requested to seek from an adjacent property owner the rights of first refusal for the village, if the owner were ever to sell.

Finally, Resolution 2022-04 was approved in order to begin work on a new Master Plan, as required. The new plan would be done in conjunction with Ontwa Township, as opposed to Cass County.