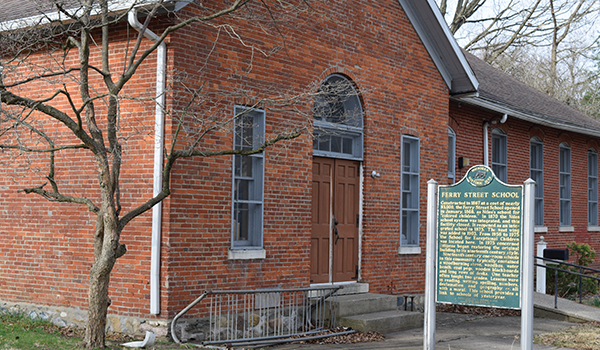 NILES — Topics addressed at Monday’s Niles City Council meeting ranged from the upcoming wintry weather and the power outage in parts of the city earlier in the day to the work done by the Ferry Street Resource Center to help local residents.

Council members held their second meeting of the month a week earlier than usual due to the Christmas holiday. Meetings are normally the second and fourth Mondays of each month.

Ferry Street Resource Center Director Ric Pawloski thanked the council in advance of their action providing more funding to the center. Council members approved giving $11,000 to the center to run the city’s Housing Assistance Program later in the meeting.

“We appreciate the efforts of the city to help us,” Pawloski said. “It was very, very difficult to do our work during the pandemic but we’ve come back since then. In 2021, over 3,800 individuals requested assistance which was a record. We were also able to help over 50 individuals get permanent housing. We helped people with security deposits and rent and worked with landlords to help provide housing. We helped people connect with the resources they needed.”

Pawloski noted that he’s been at the center for just over four years.

“We’ve taken a slightly rudderless ship and refocused it to become a resource center,” he said. “We appreciate the partnership with the city and the agreement you’re voting on today will help us continue our work with the city.”

The need for the center’s resources and for the community to work together to help others was highlighted in council members’ comments at the close of the meeting.

“You have really worked to help people since you’ve taken over,” she said. “You’ve helped people get food, shelter and clothing. You are appreciated.”

Fellow First Ward Council member Gretchen Bertschy said Niles is a “neighborly community” and encouraged everyone to look out for their neighbors-especially as both the holidays and bad weather approach.

“We should be asking our neighbors if they need help,” she said. “Not too long ago a couple of people lost their lives because their house had no heat. I don’t want to see that happen again, we’re a neighborly town.”

She was referring to the January 2018 deaths of an 81-year-old man and his 55-year-old daughter inside their home in the 600 block of Woodruff Street. They had sought help a few weeks before that to get their furnace fixed.

Second Ward Council member Tim Rogers spoke about the power outage experienced earlier in the day in much of the city. He urged people to have an emergency plan, especially when they happen during the winter months.

He reminded people to make sure that alternative heat sources such as fireplaces and generators are safe before operating them and to have working smoke and carbon monoxide detectors. He also said people should have food and other provisions on hand for such situations.

Other council members wished everyone happy holidays and said they were looking forward to 2023.

For his part, Mayor Nick Shelton thanked the city staff for all they’ve done on behalf of city residents.

“2022 was a year of terrific progress for the city,” he said. “I want to express my gratitude to the city staff.”

He also reminded people of the upcoming Hunter Ice Festival which will run Jan. 13-15.

In other action, the council approved egress renovations at the historic Carnegie Library at Fourth and Main Streets. The renovations will allow the building to be better used as a bar and comedy club, including allowing for living spaces in the building’s upper level. The changes were previously approved by the Niles Historic District Commission.

A bid was accepted from the Hach Corp. of Loveland, Colorado for $7,568 worth of equipment for the wastewater treatment plant. The city is paying Compro Waterworks of Medina, Ohio $4,400 for the annual inspection of the city’s five water tanks.

Council members approved several board appointments to city boards. Council member John DiCostanzo thanked everyone volunteering to serve on the boards and noted the importance of their work to the city.