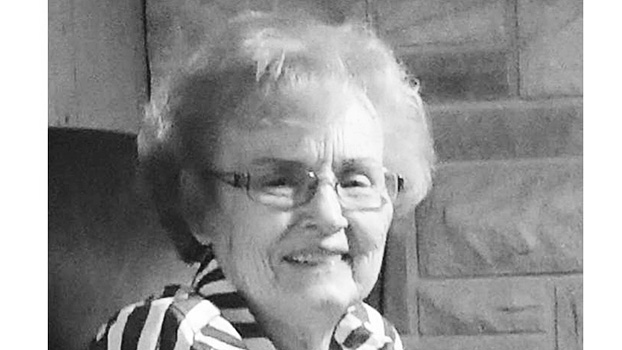 Lornabelle “Lorna” Hazard, 97, of Cassopolis, died peacefully Sunday, Dec. 11, 2022 in the comfort of her family’s presence.
Her life began Aug. 24, 1925, in Berrien Springs, Michigan, one of five girls born to William and Hazel Hibnar. She married Lavern W. Hazard July 26, 1952, in Cassopolis, Michigan. After fifty-six years of marriage, he preceded her in death Sept. 9, 2008.
Lorna enjoyed quilting and calligraphy. She volunteered for Meals on Wheels, Hospice through Berrien County, as a Chaplain when the hospital was Pawating Hospital. She was an active member of the Gideon Auxiliary. She was a very active member of Church of God Cassopolis for many years until she was no longer able to attend. Lorna was an active member of the Council on Aging in Cassopolis having been a part of many things that included sing-alongs and crocheting lap blankets.
Lorna will be greatly missed by family and friends. She is survived by one daughter, Lorraine Bolley of Sturgis; one son, William (Deanna) Hazard of Surprise, Arizona; one daughter-in-law, Loretta Davy of Anderson, Indiana; sixteen grandchildren; twenty-two great grandchildren; twenty-three great great grandchildren; one sister, Doris (Nelson) Yockey of Plymouth, Indiana; and a host of nieces and nephews.
She was preceded in death by her parents; her beloved husband; daughter, Beverly Moore; son, Larry Davy; and two sons-in-law, Clarence Moore, Richard Bolley.
Family and friends will gather Friday, Dec. 16, 2022, from 11 a.m. until time of service at 1 p.m. in Wagner Family Funerals Connelly Chapel, 202 North Broadway Street, Cassopolis.
Ms. Hazard will be laid to rest in Prospect Hill Cemetery.
The family prefers contributions in memory of Lorna be made to Safe Haven Assisted Living, 118 West Adams Street, Three Rivers, Michigan 49093 and Three Rivers Hospice, 711 South Health Parkway, Three Rivers, Michigan 49093.
Arrangements have been entrusted to Wagner Family Funerals Connelly Chapel, Cassopolis. Please share a memory or a message online: wagnercares.com