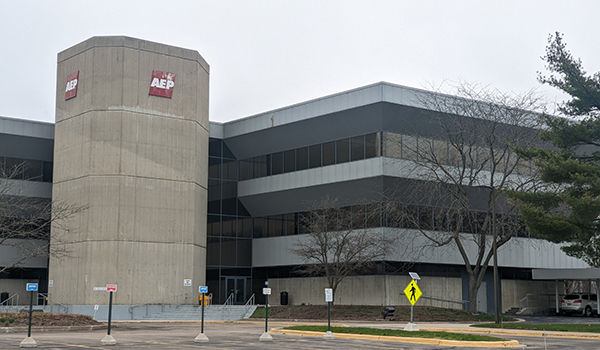 ST. JOSEPH — There’s been another hiccup in the county’s plans to buy the AEP building in Buchanan. Berrien County Commissioners learned Thursday that Native American artifacts have been found on site where a new communications tower was expected to be erected.

County Commissioner Jim Curran and County Administrator Brian Dissette reported that the discovery of the Native American artifacts may force the county to change its plans. The county purchased the nearly 20 acre property which includes the office building off Circle Drive in Buchanan in late July from American Electric Power for $200,000.

“There are indications that Native American artifacts on that site and we have to proceed with tower construction in the spring and summer,” Dissette said. “We have to determine if there are alternate locations at that site or look at another site.”

“The Buchanan site is the ideal site,” Curran said. “The first option is to find another location on the AEP parcel or to go to a site in Bertrand Crossing.”

Dissette called the Bertrand Crossing site a “viable option” and noted that the county has not yet officially closed on the AEP Buchanan site.

He said he has been in contact with Lake Michigan College to see if land they have around their Bertrand Crossing campus would be available. “If we decide to go to a different location we will have to contact AEP. We cannot construct the tower at the current site,” he said.

Dissette concurred with Curran that the AEP site in Buchanan is the best place for the tower since it has the highest elevation in the south county area which would insure the best coverage for the radio communications tower.

“We are looking at another place on the parcel to determine if any of the 20 acre site is available,” he said.

As outlined this summer, the goal is for the AEP property to be the new home of the county’s Emergency Operations and 9-1-1 Centers. Those centers are now located at the county’s 2100 Empire Facility in Benton Harbor.

It was also scheduled to be where the new south county 800 megahertz communications tower would be. The county has been looking for a location for a new tower in the south county for the last few years. The county received a $5 million state grant to help pay for the tower project last fall. The entire project is expected to cost $7.8 million.

In addition to the county operations to be located at the AEP site, Dissette said previously that the building will give the county board space for a conference room to hold meetings in the south county as well as space for at least some Buchanan city offices now in the Buchanan City Hall.

Earlier this fall, news of another hiccup came to light. It was discovered that a small part of the 20 acre parcel actually is located in Buchanan Township. The city of Buchanan initially attempted to annex the land from the township but the township refused.

In other news at Thursday’s county board meeting, County Clerk Sharon Tyler reported that a recount of three local elections in the county will take place next Tuesday, Dec. 13 at 9 a.m. at the South County Building in Niles.

Recounts will take place for three elections: one for Buchanan City Commissioner, one for Berrien Springs Village Council trustee and one for Coloma Board of Education trustee.

In Buchanan, challenger Monroe Lemay lost by one vote in her bid for a four year term on the city commission. She received 535 votes, just one vote behind the 536 votes incumbent Mark Weedon received to get the third and last open seat on the commission.

In Berrien Springs, incumbent Sandy Swartz lost her bid to return to the council by just two votes. Five people including four incumbents ran for three seats on the council. Swartz received 240 votes to fellow incumbent Lonna Johnson’s 242 votes for the last of the three open seats.

In Coloma, school board candidate Deb Frank requested a recount after coming in fifth out of eight candidates for four terms on the school board. She received 1,469 votes, 15 votes behind the person who received the fourth highest amount of votes.

In addition, Tyler said that four precincts in the county will be part of a partial state recount for state proposals 2 and 3. That recount will take place at locations around the state. The Berrien County ballots from precincts in Bridgman, Chikaming Township, Royalton Township and St. Joseph Township will be recounted in Allegan next Thursday, Dec. 15.