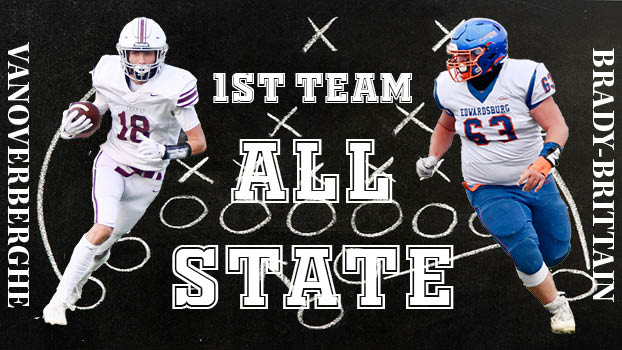 Brady-Brittain was named to the offensive line as he helped Edwardsburg reach the Division 4 state semifinals for the third straight season. He was also named All-Wolverine Conference and MHSFCA All-Region.

Edwardsburg senior Brenden Seabolt was one of the two winners in Division 4.

In 8-Player football, Division 1, Bridgman’s Nolan Roberts and Brady Robert were honored with the award by the MHSFCA.

Bridgman earned Division 1 Academic All-State as a team, while earning honorable mention were Edwardsburg and Marcellus.

Regional Coach of the Year

Edwardsburg’s Kevin Bartz, in Division 4, and Buchanan’s Mark Frey, in Division 6, where honored as Regional Coaches of the Year by their peers.