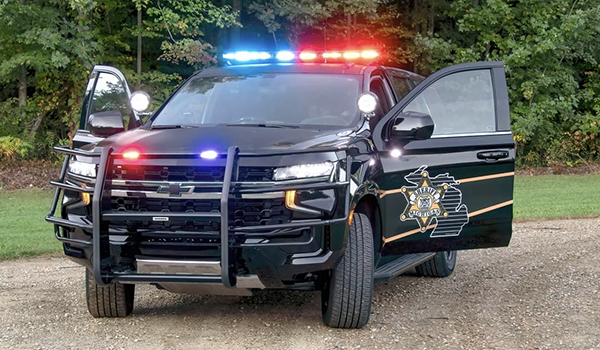 NILES CHARTER TOWNSHIP — Residents of Niles Charter Township will soon see a boost in police presence thanks to the recent passage of a millage.

Sheriff Paul Bailey was on hand for Monday’s Niles Charter Township Board of Trustees meeting to give those in attendance an update on the Police Protection Proposal that passed in the Nov. 8 general election.

The proposal states that one mil – levied for a period of four years from Dec. 2022 to 2025 – will collect revenue via the township’s tax rolls and would generate approximately $458,000 to be used to hire additional police officers for increased protection within the Township through its contract with the Berrien County Sheriff’s Department.

Bailey said the millage will allow the department to hire three additional officers, which would provide the township with a minimum of two deputies for each shift.

“At times, we only had one car on days and one car on midnights,” he said. “This will help us, especially on the midnight shift, to have more coverage when there are less cars out from the state police and Niles police. This township is 42 square miles, so when an officer is at one end and there’s a major problem on the other end, it takes a while to get there.”

Bailey said it would take approximately eight months – August 2023 – for the township to see the additional officers on patrol due to the hiring and training process.

“Once a recruit graduates from the academy, they have to go through a three-month after the old program and they have to be with another deputy training officer and get evaluated each day until those three months are up.That’s kind of the standard now when it comes to making sure that police officers are properly trained before they get out there and start doing their job.”

Addressing the police officer shortage within the department has been a top priority for Bailey.

“If conditions keep going like they are for all law enforcement in the country, it’s going to be difficult to find police officers to keep up with our staffing levels,” he said. “I’ve been down six (officers) for over a year now.”

Bailey believes that the additional officers will allow his department to better address incidents and accidents within Niles Charter Township, which was responsible for approximately 30 percent of the BCSD’s calls for the month of September according to the latest department report.

“We have more complaints per month down here than we do in any other township in the county,” he said. “It’s big and it’s right next to St. Joseph County, Indiana. So there’s a lot of people from there that come here and keep us busy.”