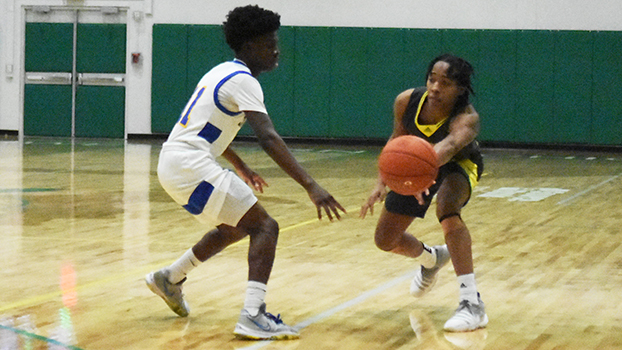 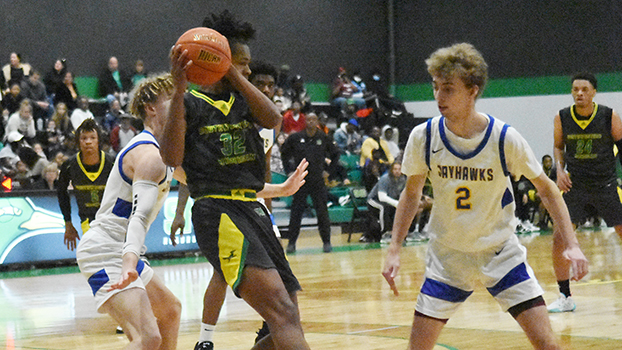 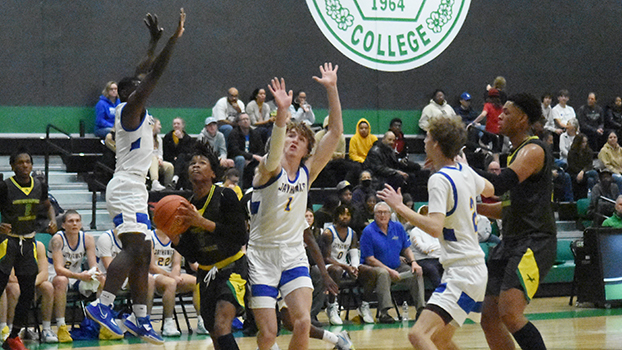 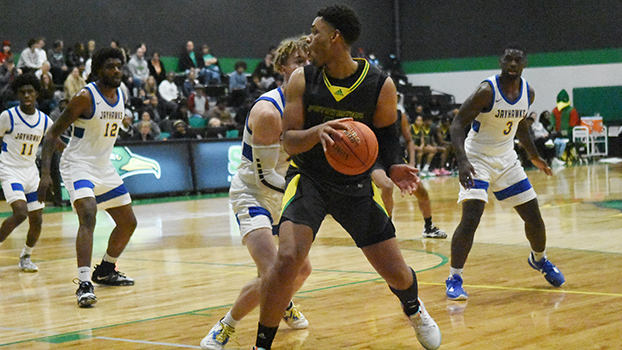 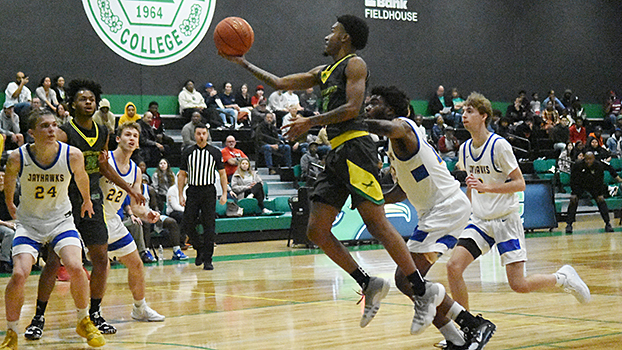 The Roadrunners outscored the Jayhawks, who have been picked to win the Michigan Community College Athletic Association Northern Conference, 40-27 in the second half to turn a one point [23-22] halftime advantage into its sixth victory of the season in just 10 games.

Neither team shot the ball well in the opening 20 minutes of play. Muskegon (4-3) could not take advantage of its size advantage, while Southwestern Michigan was unable to capitalize on its speed.

At halftime, Roadrunners’ Head Coach Rodell Davis told his team that it needed to stay focused and play within itself.

“Muskegon is a really good team,” he said. “They do a lot of things to try and take you of what you are trying to do offensively. We had like a rock fight the first half. Nobody could throw it in. We decided that we had to go inside a little more and try get something going off of ball screens or feeding the post.”

Just how bad was the shooting Saturday afternoon? The Roadrunners were 23-of-60 from the floor for 38.3 percent, which included a 4-of-20 (20 percent) showing from 3-point range. Fortunately for Southwestern Michigan, it was solid at the free throw line as it finished the game 13-of-18.

The Roadrunners also hit the board more effectively in the second half, especially at the defensive end. Southwestern finished with 40 rebounds, led by Mark Williams (Chicago), who finished with 10 boards. Sean Burress (DDD) and Mari Nichols (Niles) both grabbed six caroms, while AJ Williams (South Bend/Riley) had five rebounds off the bench.

The victory wrapped up a five-game home stand for the Roadrunners. Southwestern Michigan returns to the court Tuesday when it heads to Illinois to face undefeated and top-ranked South Suburban. The Bulldogs are the defending National Junior College Athletic Association Division II national champions.