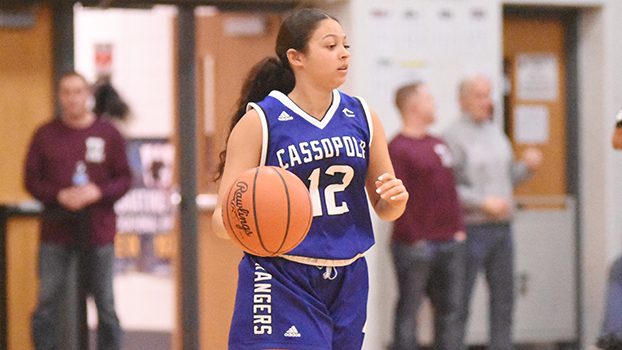 THREE OAKS — Visiting Cassopolis led a four-point halftime lead slip away in the second half of its 46-40 non-conference girls basketball loss to River Valley Tuesday night in the season opener for both schools.

The Mustangs outscored the Rangers 14-8 in the third quarter to take a 29-27 lead into the final eight minutes of play.

“Last night’s game showed our program exactly where we don’t want to be with our energy [only in spurts] level of play, and just overall effort when stepping between those lines,” said Cassopolis Coach Stefon Luckey. Putting a full game together on both ends one quarter at a time is at the top of our list. My staff and I are confident that we will see a different team next week.”

The Rangers will be back on the court Tuesday when they travel to Hartford for their Southwest 10 Conference opener.