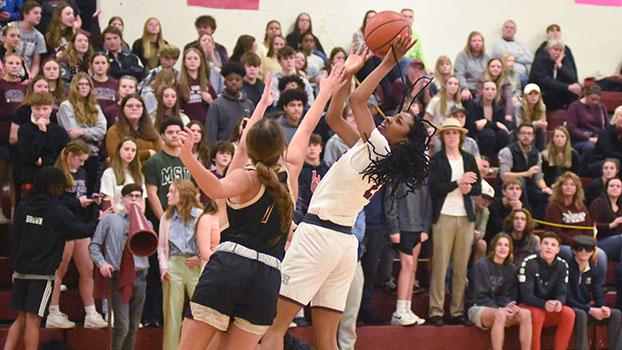 The Bulldogs (1-0) and Bucks (1-0) were deadlocked at 31-31 heading into the final eight minutes of play. Buchanan had led Vicksburg 21-18 at halftime after trailing 11-9 after one quarter of play.

Veteran Buchanan Coach Gabe Miller said that his team wanted to face some strong competition to kick off the year before heading into Lakeland Conference play, and eventually, the postseason.

“I feel we set up a challenging schedule to start the season, and we knew Vicksburg was returning their eight core players from a good young team last season,” he said. “I think some issues were highlighted from losing a week to prepare compared to previous seasons, but all teams are in that same boat. I was surprised with some atypical decision making based on what I have observed this preseason, and disappointed that I felt we were unable to match their energy much of the game.”

Miller said that his squad will work even harder to get ready for the rest of its competition, including Dowagiac, which the Bucks will face on the road in the conference opener Thursday.

“As the coach, that is something I have to do better to make sure we are prepared and ready to play,” he said. “Although the outcome is not what we wanted, in the end the film and experience will do what we wanted and provide us with a chance to reflect and improve.”