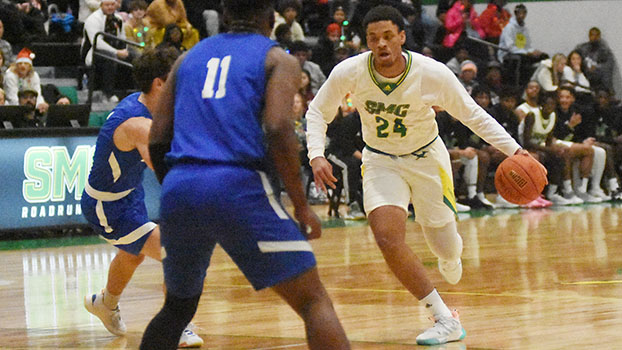 Kalamazoo Valley Community College is picked to finish second in the realigned Western Conference. The Cougars finished second last year a game behind Lansing. They were upset in the first round of the Great Lakes District A tournament by Lake Michigan College. They picked up the other three first place votes.
Kellogg Community College, with new coach Steve Proefrock is picked to finish third. The Bruins tied for seventh place last season and lost in the first round of the NJCAA Great Lakes District A Tournament.

Selected for third place is Lake Michigan College. The Red Hawks finished tied for sixth in the Western Conference but upset Kalamazoo Valley to reach the semi-finals of the NJCAA Great Lakes District A Tournament.

Marian University’s Ancilla College is picked to tie for fifth place. The Chargers finished fourth last year under Brian Pearison, who has step aside to concentrate on his Athletic Director position.  New coach Jeremy Herring will field a roster that features no returning players.

Picked for seventh is Southwestern Michigan College, The Roadrunners are returning to the MCCAA hardwood after a 26-year hiatus from the MCCAA.

None (New Program)
TOP NEWCOMERS:
G: Sean Burress
G: Mari Nichols
F: Mark Williams
Key Losses
None (New Program)
TOP NON-CONF OPPONENTS:
South Suburban College
Macomb Community College
Kennedy-King College
OUTLOOK:
As a first-year program, we have recruited a talented class. We will be very young with our roster consisting of all freshman. Our team will be exciting to watch as we with play at a fast pace.