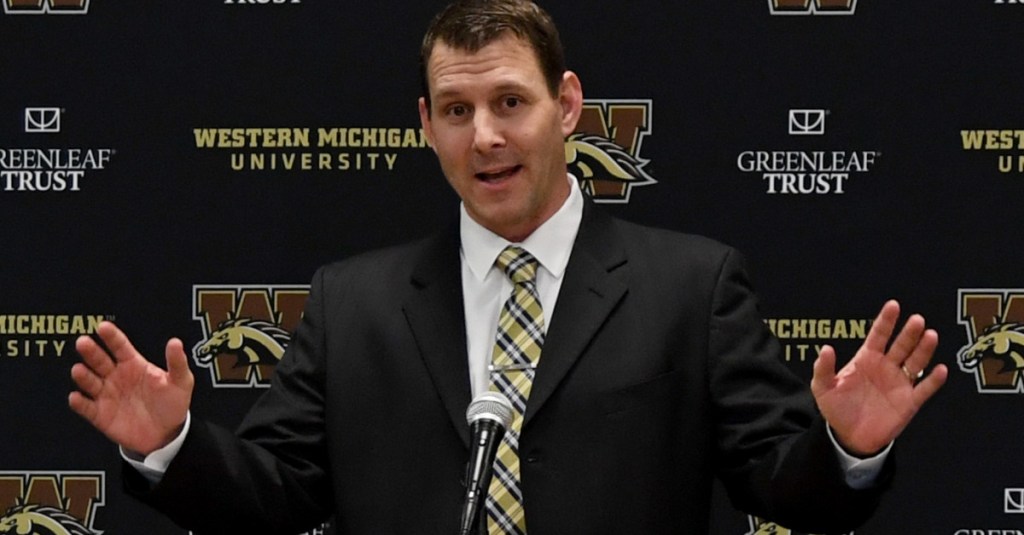 A press conference has been scheduled for 3 p.m.

“The upcoming college football playoff expansion and the incredible foundation for success we have within our football program provides an exciting national opportunity for Bronco Football. It is imperative that we seize this opportunity by pursuing a new direction within our football program,” Bartholomae said. “Western Michigan University can set the standard for football in the MAC, which in turn will position us for success in the new and evolving college football landscape. We will immediately embark on a search to welcome a leader that shares this aspirational vision.”

“First, I am disappointed that I won’t get to lead the Western Michigan football program and these players in the future,” Lester said. “I want to thank Al Molde and his staff for recruiting me here in 1995. I want to thank Bill Cubit for hiring me as an assistant in 2005. And finally, I would like to thank Kathy Beauregard and President John Dunn for giving me the opportunity to lead this program six years ago.”

“It has been an honor for me and my family to represent Western Michigan University and be a member of the Kalamazoo Area Community. I am also grateful for the dedicated group of loyal supporters that have been consistently behind our program. Most importantly, I am proud of the resolve shown by our players and staff. To each and every one of them that gave their all for this program in the last 6 years, I love you and will support you in every possible way.”

In addition to Lester’s head coaching career, he also starred on the field for the Broncos. Lester started his playing career at Western Michigan earning MAC Freshman of the Year honors in 1996. He was a second team All-MAC selection his junior and senior seasons. He finished his Bronco career ranked fourth in FBS history in passing yards (11,299) and sixth in touchdown passes (87). Lester set 17 school passing records and eight MAC records.

“Coach Lester is a cherished WMU alumnus who has been a part of some of the most successful football seasons in our history, both as a student-athlete and as a coach,” Bartholomae said. “He has represented Bronco Nation with integrity and with class, and he will always be welcomed in Kalamazoo and in our campus community.  I am thankful for our year working together and will be rooting him on in his future successes.”

WMU will partner with Glenn Sugiyama of DHR Global and immediately commence the search process.