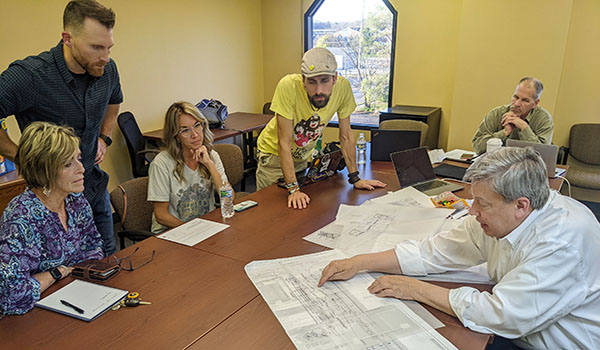 NILES — The design phase of the new outdoor hub space in downtown Niles has been completed, thanks to the efforts of city officials, designers, business owners and community members.

The City of Niles and Niles Main Street/Downtown Development Authority hosted a public and stakeholder input session to review and discuss the design and operations for the city’s new outdoor hub to be located on Second Street between Main Street and the north alley.

The Nile City Council voted in September to dedicate approximately 44 feet of the approximate 66 feet right-of-way on Second Street between Main Street and the north alley for improvement as an outdoor space to further economic development in downtown Niles. The project is being funded by a combination of grants and donations.

The right of way in this area is approximately 66 feet, which will include 22 feet for two lanes of traffic and 44 feet for outdoor public space.

After reviewing feedback from all parties, Schlinsog and Schroeder discussed their proposed design layout to city officials and community stakeholders.

“They have been so wonderful at listening,” said Downtown Development Authority/Niles Main Street administrator Lisa Croteau. “They’ve been involved in this process since we started back in late spring and have met with different focus groups. They know the story of the NODE and how contentious it got and what people are looking to see. I believe that they’ve grasped the design that they’re bringing forward.”

According to Schroeder, the idea of incorporating a trundle into the stage was a self-revealing idea.

“A regular stage would be great for a band that might be one or two or three people but then when you get to five or six people, which might happen here, where do you put the extra players,” Schroeder said. “You don’t want to put them down on the ground. So the notion was we have this expandable space. Why not just have it slide out from under?”

“I think the whole idea of expandability is key,” added Mayor Nick Shelton. “When discussing ‘this is what we can do when the street is open, how can we make that work and usable when the street is closed, providing entertainment to a bigger space?’ I think that stage is a really good idea.”

Second Street will stay open with two lanes of traffic flowing on the west side unless there are council-approved events that require it to be closed. When closed, the space will have barricade bars that will swing out to prevent traffic from entering the street. When Second Street is open, the bars will create a path and serve as guidance for motorists using the street.

Design renderings will be released in the coming weeks. An official name for the space has not yet been determined.

“I’m excited,” Croteau said. “It’s been really wonderful watching them come together from the first idea to where they’ve morphed it into, and I think it’s gonna be an insanely creative, exciting space.”

According to Croteau, the city hopes to have everything out to bid by Jan. 1, with the hope of having construction starting in April. Department of Public Works Director Joseph Ray has been heavily involved in the planning process.

The plan has been in development since before the Niles City Council voted in January to close the controversial Niles Outdoor Downtown Experience, a seating, gathering, and small events area centered in a portion of the 200 block of North 2nd Street. As part of that motion, the council accepted an offer from Michigan Main Street to provide technical assistance to conduct community surveys, identify viable locations for downtown public spaces and engage professional design services at no cost.

The DDA has expressed its desire to pursue a Second Street location for the outdoor hub due a number of factors, including:

Schroeder said one of his favorite aspects of this project was finding a design aesthetic that fits the Niles community.

“This community has been really a great challenge because when we were here before, people didn’t want things that were fancy but they also didn’t want things that looked homemade,” he said. “So this notion of finding things that are ordinary materials assembled in a really innovative way, like the trundle stage, is what I think makes it more like Niles. When I was talking to people, there are people in this community who do really careful fabrications and this is one of them. I think it’s a good reflection of the skills and ingenuity people in this community have or have had over the years. I talked to somebody who is with a metal fabricating company, those things still exist here at Niles today. That’s what’s cool about trying to tie it back to things that are really what Niles is about.”

Schroeder and Schlinsog’s attention to detail and ability to capture Niles’ aesthetic did not go unnoticed by those in attendance.

“What is particularly amazing to me is how they have not short changed anything in this process, and that is so appreciated,” said former Niles City Councilmember Jessica Nelson. “They know what they came into when we first kicked this off and to have something that speaks true to what Niles’ aesthetic is means a lot. I just can’t tell you how much I appreciate the fact that they really listened and that incorporated all this and in the speed and time I’m just blown away.” 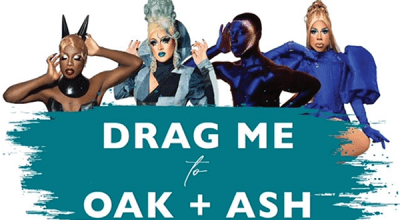