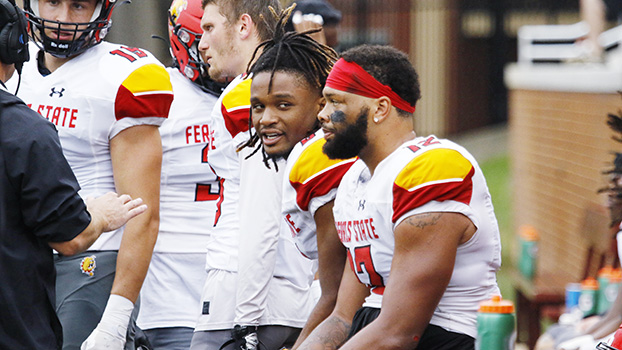 BIG RAPIDS — A total of 16 Ferris State University student-athletes have been named to the 2022 All-Great Lakes Intercollegiate Athletic Conference squad as the league announced its annual postseason award recipients Thursday.

The Bulldogs claimed two of the league’s seven major awards and had a total of 16 student-athletes earn all-conference recognition in voting by the league’s member head coaches, including nine first-team honorees.

FSU senior defensive end Caleb Murphy (Dowagiac) was tabbed as the GLIAC’s Player of the Year while redshirt freshman quarterback Carson Gulker (Zeeland/West) was chosen as the GLIAC Freshman of the Year.

On the All-GLIAC Second Team for the Bulldogs were offensive lineman Bryce George (Detroit/Edison) and linebacker Major Dedmond (Freeport, Ill.).

By being chosen as the GLIAC Player of the Year, Murphy is the fourth consecutive Bulldog player to claim the distinction and the six in the past eighth seasons. Overall, a total of 10 Bulldog players have now garnered the honor.

Meanwhile, Gulker’s recognition as the GLIAC Freshman of the Year represents only the second time in which FSU has had a player claim the honor, following in the footsteps of FSU legend and two-time Harlon Hill Trophy winner Jason Vander Laan in 2012.