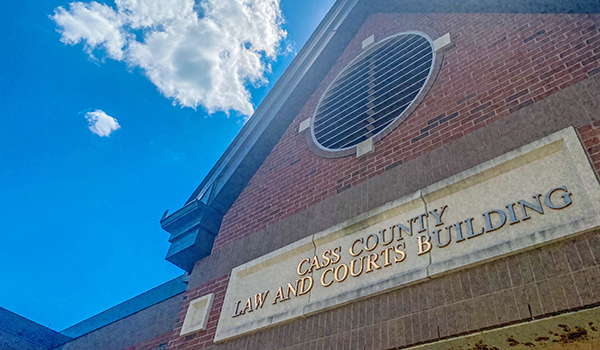 Melissa Hocker, 48, of M-62 in Edwardsburg, pleaded guilty to possession of meth and was sentenced to two years probation, credit for two days served and $2,328 in fines and costs. She can keep the conviction off her record if she is successful on probation.

The incident occurred Sept. 1, 2021 in Edwardsburg. Police stopped her for having expired plates on her car and then found meth and a pipe when they searched the car.

Defense attorney Robert Drake noted that this was Hocker’s first involvement with the criminal justice system. He said she has a good work history and education. He likened her situation to other middle aged people who start using drugs after copying younger people and looking for a way to have more energy.

“You have a high school diploma, two years of college, two grown children and a good job, I can’t imagine why you started using meth,” Judge Herman said. “I will give you a one time opportunity to remove this from your record.”

Madison Pauley, 23, of O’Keefe Street in Cassopolis, pleaded guilty to third offense drunk driving and four misdemeanor charges and was sentenced to three years probation in the Adult Treatment Court, 30 days in jail with credit for five days served, license revocation, one year vehicle immobilization and $3,733 in fines, costs and restitution.

The incident occurred May 20 in Dowagiac when police where dispatched to a domestic violence. Pauley was arrested for drunk driving, domestic violence, reckless driving, operating with a suspended license and malicious destruction of personal property under $200. Her blood alcohol level was .163, more than twice the legal limit.

“This is an opportunity for you to change your life,” Judge Herman said. “There will always be people out there who want to bring you down. You need to be able to spot those people and avoid those stresses.”

Jason Pasley, 40, of Section Street in Edwardsburg, pleaded guilty to attempted resisting and obstructing police and attempted third-degree home invasion and was sentenced to credit for time served, 342 in the home invasion case and 312 in the resisting police case, $1,673 in fines and costs and $550 in restitution.