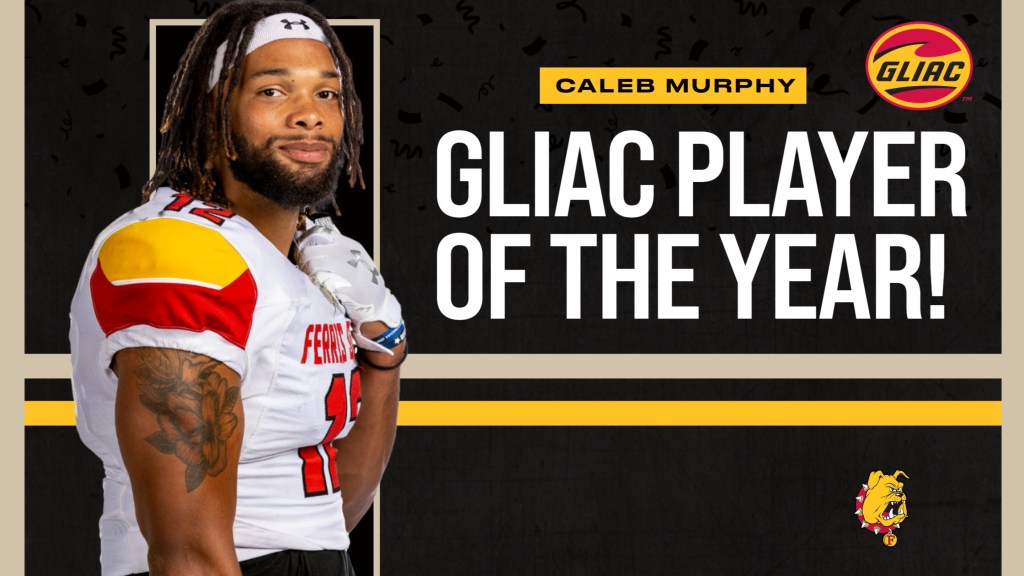 BIG RAPIDS — Former Dowagiac standout Caleb Murphy has been named the Great Lake Athletic Conference Player of the Year by the league’s coaches.

Murphy, who was the GLIAC Defensive Player of the Year in 2021, leads the nation in sacks with 18 for minus 136 yards.

The Bulldogs’ defensive end has had a dominant season for the defending NCAA Division II National Champions. Murphy also leads the country in tackles for loss with 27 (-153 yards). In addition, he’s forced a pair of fumbles while playing a pivotal role on one of the nation’s top defensive units.

Murphy was not the only Ferris State player to earn GLIAC postseason honors.

It was also announced Thursday that Murphy has been invited to, and accepted, an invitation to play in the East-West Shrine Bowl in Las Vegas Feb. 2 in Allegiant Stadium.

Redshirt freshman quarterback Carson Gulker has had a big fall for the Bulldogs was named Freshman of the Year.

Gulker currently ranks among the national leaders with 22 rushing touchdowns this fall and 132 total points, averaging 13.2 points per game while leading the defending national champions in both categories. The talented signal caller ranks as one of the country’s leading rushing quarterbacks with a team-high 738 yards to date on 137 carries while splitting time at the offensive controls in 10 games, helping FSU to a 9-1 overall regular-season mark. Gulker has also completed 41-of-70 throws for 691 yards and four scores this fall. HIs play has helped the Bulldogs secure the number two overall seed in Super Region Three as FSU claimed its eighth consecutive NCAA Division II Playoff berth.