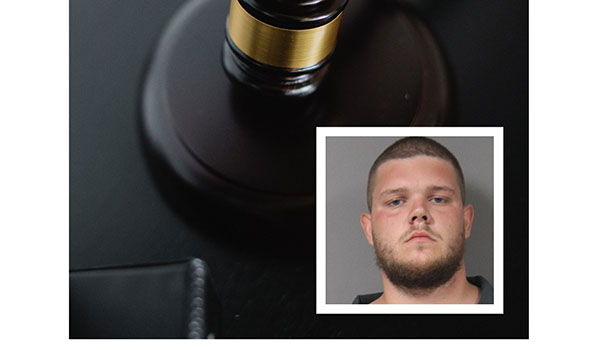 NILES — A Berrien Springs man who shot up a downtown Berrien Springs gas station in June is going to prison for the next 20 years after being sentenced Monday in Berrien County Trial Court.

Ethan William Hoge, 23, of East Shawnee Road in Berrien Springs, pleaded guilty to two counts of assault with intent to murder and was sentenced to two concurrent terms of 20 to 40 years in prison. He must pay $258 in fines and costs. He has credit for 149 days already served.

The June 18 incident in downtown Berrien Springs occurred outside the Speedway gas station at 105 N. Cass St. Hoge had gotten into an argument with a couple of people, left and then returned to fire several shots at people around the building. A gas station employee was the only one hit by a bullet and injured.

Berrien County Trial Judge Sterling Schrock’s sentence came after pleas for leniency from Hoge and his attorney, Peter Johnson. Johnson asked for a sentence of three years in prison boot camp or at the low end of the guidelines, at around 14 years in prison. He noted that Hoge had been honest and straightforward about what he had done.

Hoge noted that he has a young daughter and also watches out for his two younger brothers. “In the early morning hours of June 18 after a long night of drinking alcohol, I made the worst decision of my life,” he said. “I take full responsibility for what I did, I wish I could take it back.”

“I think every day and night about what I’ve done,” he added. “I ask for leniency, no one benefits from me going away for so long. I’m not the person you think I am, I made a terrible decision.”

Assistant Prosecutor Kate Arnold had a different take on the incident. “He took an enormous risk,” she said of Hoge. “But for the grace of God, there could be five deceased victims. There were fragments of bullets found in a nearby house.”

“He said the police were not doing anything about what had happened so he was taking matters into his own hands,” she added. “This was an enormous risk to the public and the one person who was hit has had surgery and has trouble walking. He has numbness in his leg and can’t walk.”

Judge Schrock told Hoge that it was just a matter of inches that kept him from killing someone and facing a sentence of life in prison without parole. “Someone could have died because of the decisions you made,” he said. “Fortunately that didn’t happen.”

The judge noted the many letters of support he got from Hoge’s family and friends. “They said this was out of character for you but with what you did, you need to take a long hard look at yourself,” he said. “There’s something in our past that made you do this. It wasn’t someone else, it was you and there is a consequence.”