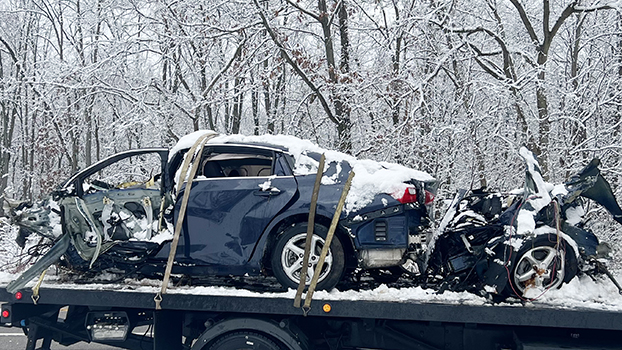 CASSOPOLIS — A South Bend, Indiana man had to be extricated from his vehicle after crashing into a ditch on M-60 near Stone Lake Drive in Jefferson Township Sunday morning.

Investigation showed that Michael Douglas II, 50, of South Bend, was heading east on M-60 at around 1 a.m. Douglas lost control of his vehicle and ran off the road. Douglas was unable to exit the vehicle because of the injuries from the crash. The car was covered by snow and was not able to be seen from the roadway.

Med Flight air ambulance responded and transported him to South Bend Memorial Hospital. Weather and road conditions are believed to be a factor in the crash. Drugs and alcohol are not believed to be involved in this crash. It is also not believed that Douglas was wearing a seat belt.