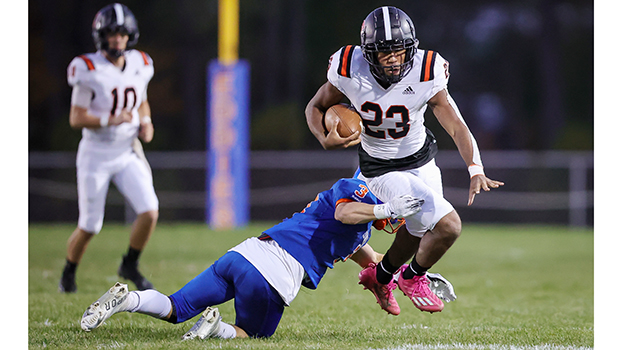 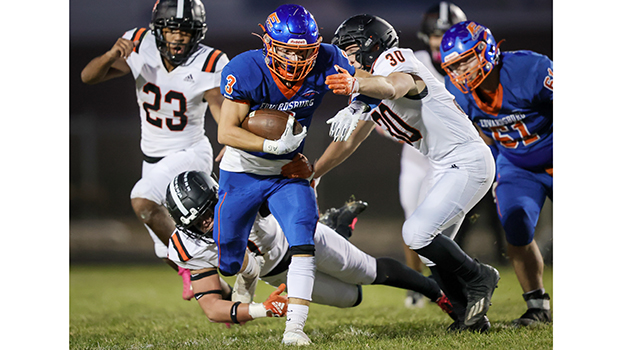 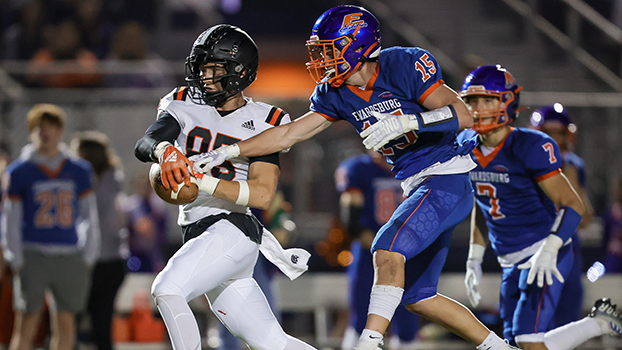 Edwardsburg senior Brett Allen (15) knocks the ball away from Sturgis junior Callahan Lamb (85) on a deep pass in the first half. (Leader photo/JEFF DOUGLAS) 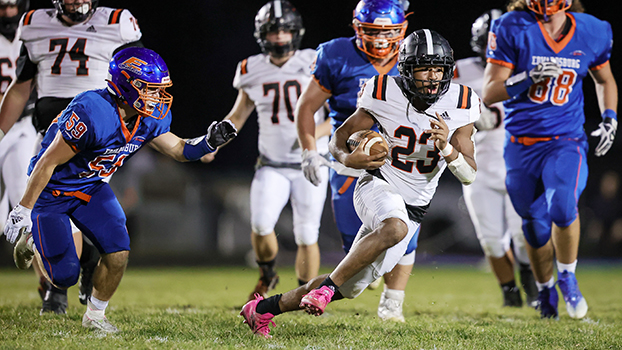 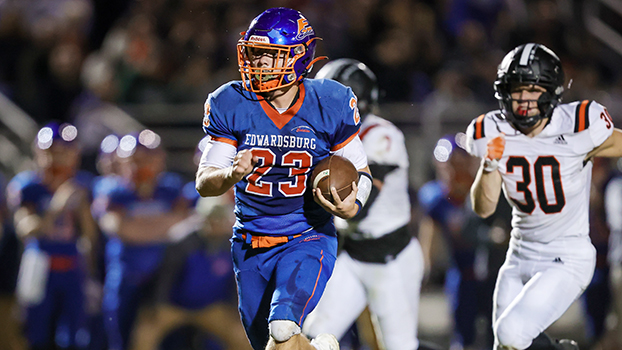 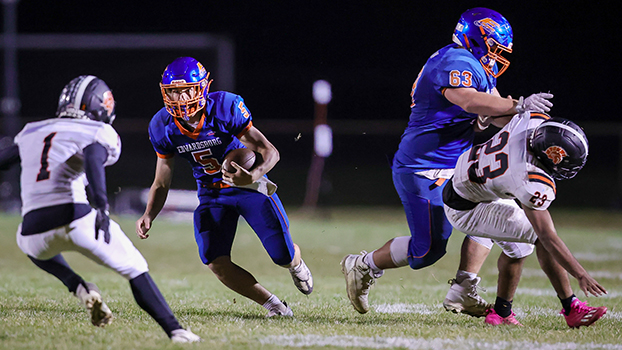 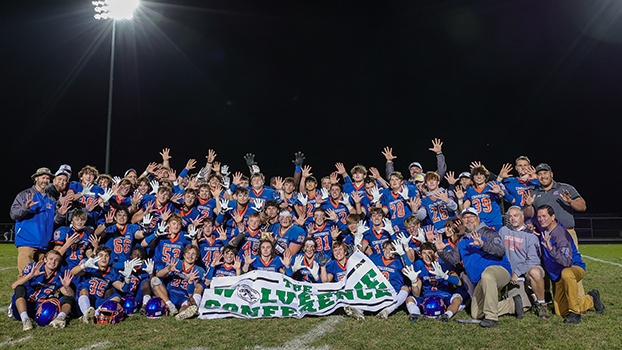 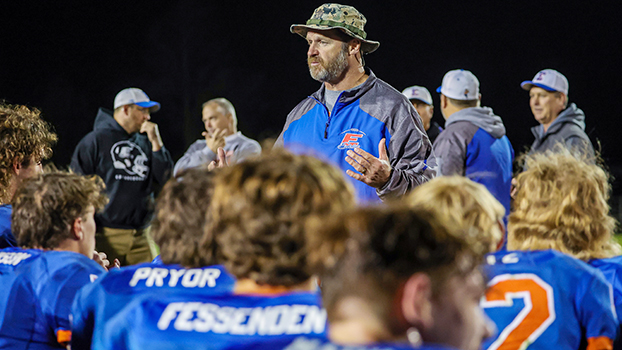 EDWARDSBURG — Another year and another Wolverine Conference title.

The 2022 football season may have allowed teams a chance at knocking Edwardsburg off the top of the Wolverine Conference mountain, but although several tried, no one was able to do it.

The Eddies capped off another league title with a 58-21 win over visiting Sturgis at Leo Hoffman Field Friday night. Edwardsburg finishes its Wolverine Conference campaign with a 7-0 record to claim its 10th straight championship.

It took the Eddies a quarter to get things rolling Friday night. Trailing Sturgis (5-4, 4-3 Wolverine) 7-6 after one quarter following a Jacob Thompson 4-yard touchdown run, Edwardsburg outscored the Trojans 38-0 over the next two quarters to take a commanding 44-13 lead into the fourth quarter. The Eddies (8-1) added a pair of scores in the final 12 minutes to turn the game into a rout.

In typical Edwardsburg style, the Eddies rushed for 488 yards on 53 carries and finished the night with 506 yards of total offense.

Brett Allen continued his run of 100 yard games as he rushed for 138 yards on 12 carries for an average of 11.5 yards per rush. Keegan Parsons (75 yards), Brenden Seabolt (50 yards), Mikey Pryor (49 yards) and Brendan Madison (59 yards) also averaged more than 11 yards per carry on the night. Parsons and Seabolt both averaged 12.5 yards per carry, while Pryor averaged 12.3 and Madison 11.8, respectively.

Sturgis finished the night with 255 yards rushing and 353 yards of total offense.

Most of that offense came from standout Jacob Thompson, who ran for 257 yards on 32 carries and scored a rushing touchdown and a touchdown on a kickoff return. Thompson ended the game as the state’s second-leading rusher with 1,526 yards and 19 touchdowns.

The Eddies will now await the announcement of their first-round playoff opponent when the Michigan High School Athletic Association’s Selection Sunday show releases the pairings starting at 6 p.m. Sunday on Bally Sports Detroit.