Niles sends out seniors with win over rival Brandywine 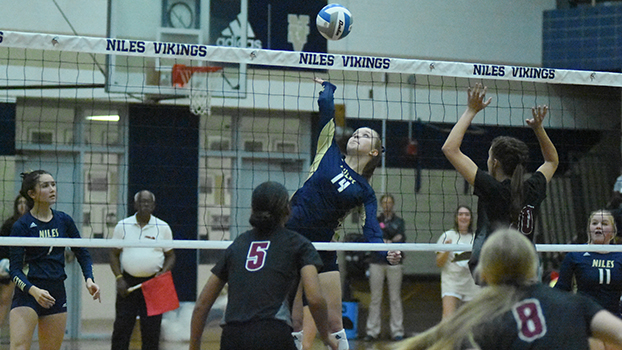 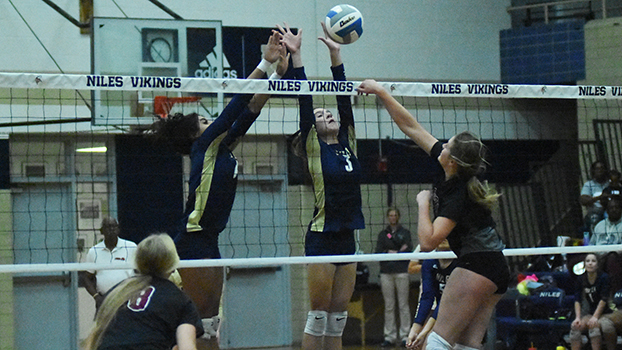 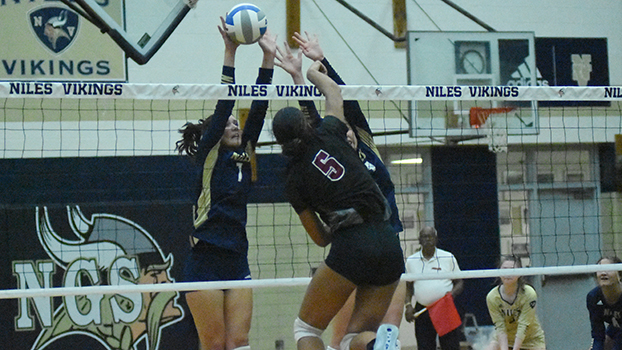 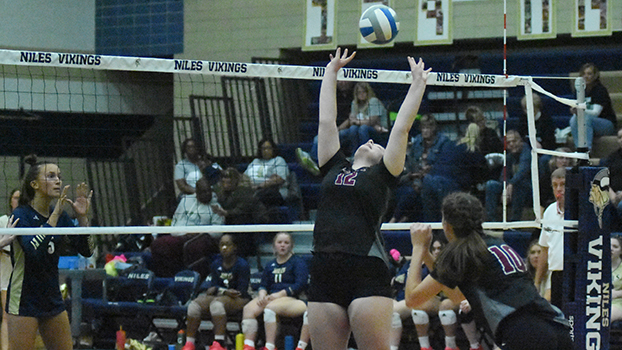 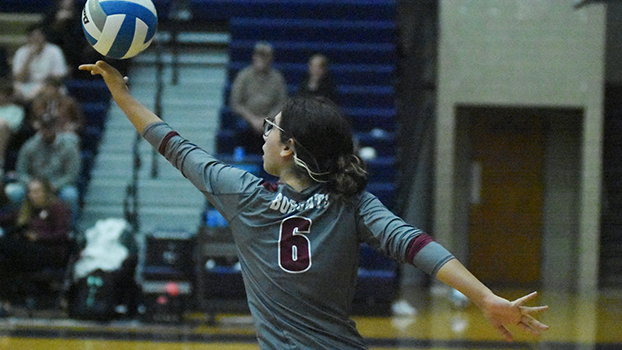 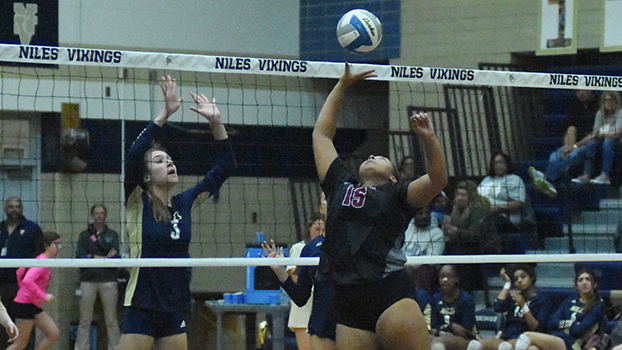 Brandywine grabbed the first set from the Vikings, who honored their seniors before the match, 25-21. Niles rallied to take the second set 25-14 to square the match at 1-1. When the Vikings won set No. 3 26-24, it appeared as if Niles had seized control.

The Bobcats were not ready to give in just quite yet, and rallied the square the match at 2-2 with a 25-23 win in the fourth set.

Niles would take the fifth and deciding set 15-7 to earn the victory.

“I’m very proud of the way the girls played tonight, we put up a great fight,” said Brandywine Coach Emily Zablocki-Kohler said. “We showed that we could battle back when we were down, but once again our consistency got the best of us. I’m happy with the level of play that we are reaching and hope that we can find the higher level of consistency going into the last week of the season and post season play.”

First-year Niles Coach Samantha Zimmerman was pleased to see her team battle hard and sent out the seniors with a victory.

“Our seniors wanted more time on their home court tonight,” she said. “Celebrating our seniors last time playing on their home court was a hard night emotionally for us. We showed our seniors so much love before the game, and it might have taken away from some our volleyball play tonight, but it was worth it. These seniors are very special to this program. They have put in 4 years to this program with their hard work, commitment, dedication, and leadership.

“Our underclassman have learned so much from these five seniors, it’s hard to imagine playing on this court without them. I’m happy that we were able to pull it off and finish the night strong for our seniors on their home court one last time in front of an amazing home crowd.

Kallie Solloway had nine kills to lead the Bobcats. She also had a block. Kadence Brumitt led Brandywine with 25 kills, while Hope Typer had 17. Nevaeh Mason and Clara DePriest both had 11.