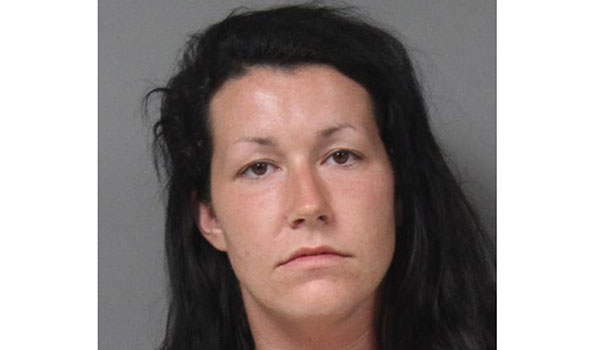 NILES – A Buchanan woman is going to prison for abusing an eight-year-old girl in her care.

Rachel Ann Poff, 30, of Buchanan, pleaded no contest to second degree child abuse and was sentenced to 68 months to 10 years in prison. She has credit for 103 days already served and must pay $258 in fines and costs.

Poff was arrested April 15 after the girl’s teacher reported her injuries to police. According to statements made in court, the abuse occurred over six years and included a variety of injuries including dehydration, malnourishment and burns.

Poff’s boyfriend, Jacob Hardwick, who is the girl’s biological father was sentenced last week to probation and jail. He claimed he was unaware of the abuse suffered by his daughter.

Berrien County Trial Judge Sterling Schrock called Poff’s actions against the child as reminiscent of a medieval torture chamber. He noted that Poff forced the girl to drink liquid soap, kept her from getting adequate food and liquids, intentionally burned her with a hot pan and forced her to go to school with soiled underwear.

The girl’s aunt/guardian and biological mother spoke before the sentencing.

The girl’s aunt/guardian said Poff had stolen her niece’s innocence and that her niece will have to deal with the repercussions of Poff’s actions for the rest of her life. She called Poff “sick” and “twisted” and said her niece is currently getting counseling and will continue to do so.

The girl’s biological mother said her daughter no longer trusts others and shouldn’t have had to go through all that she had.

“She’s strong, brave and a wonderful little girl,” she said. “We’re going to get her the help she needs.”

Assistant Prosecutor Kate Arnold said the girl will be reliving and processing what happened to her for years to come.

“She (Poff) deserves every day of prison she will serve,” she said.

“It’s not an excuse, but maybe it explains why she was doing what she shouldn’t have been doing,” he said. “She’s upset and sad about the things that did happen. She hopes to get the help she needs to get back on track.”

“What’s of interest to me is that there is nothing in what you’ve said in court or told probation agents that reflects why she (the victim) was treated the way she was treated,” he said. “There is a great amount of objective and physical evidence as to how she was treated … but there’s nothing where you take responsibility.”

Judge Schrock said he was bound by Michigan law and sentencing guidelines in sentencing Poff.

“You can’t be trusted around young people,” he said. “There’s nothing in the record to rationalize how you became the way you were with her.”